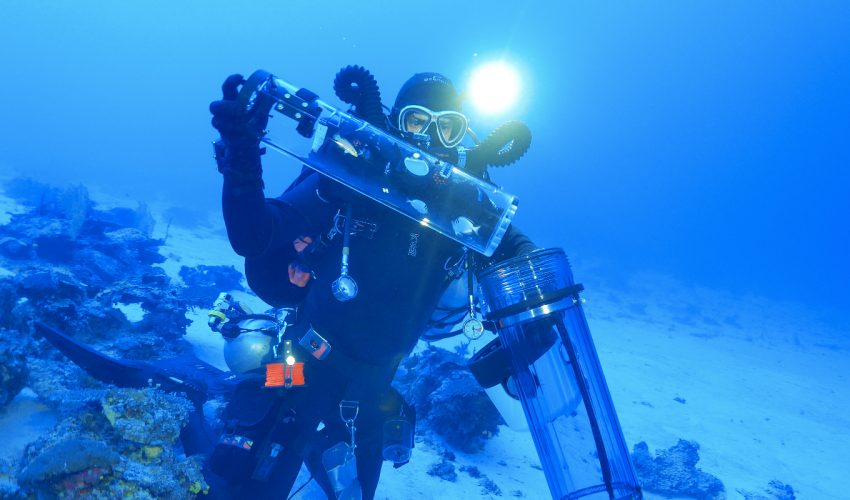 Researchers are now getting a rare look into unexplored reef habitats deep below the ocean’s surface thanks to a new device that allows for the transport of marine species.

The Submersible Chamber for Ascending Specimens (SubCAS) device is a pressurized chamber that allows deep sea divers to easily transport twilight zone coral reef fish to the surface for research and public display,

SubCAS is bringing many new species to light, literally, as the twilight zone is a narrow deep stretch of the ocean 200 to 500 feet below the surface where sunlight is scarce and diving down to such extreme depths takes considerable effort.

Because of how much work and coordination is required to safely dive and explore twilight zone reef habitats, scientists at the California Academy of Sciences and the Monterey Bay Aquarium created a device that made specimen collection easy and safe for both divers and the species being brought to the surface.

A report discussing SubCAS and its implications for marine science and habitat conservation was recently published in the journal Frontiers in Marine Science.

“A rapid ascent can rupture a fish’s swim bladder,” said Luiz Rocha, the paper’s co-author. “Using an adjustable pressure control valve, we ensure that the pressure inside the chamber is similar to the depth where the fishes were collected. Over the course of two to three days, we bring them to the surrounding surface pressure in a highly controlled manner.”

The SubCAS consists of an inner collecting jar and a larger chamber housing. The device is transparent so divers can monitor specimens while ascending to the surface.

At a depth of 180 feet, the inner collecting jar is placed in the larger chamber and an air bubble is blown into the device which maintains air pressure in the SubCAS.

When the divers reach 100 feet, all the while monitoring their own air pressure and making controlled decompression stops, the device is handed off to a support dive team that take the fish to a facility for decompression before being shipped to the Academy in San Francisco.

The survival rate is nearly 100 percent which is impressive. and researchers found that the type of fish collected greatly dictated the likelihood of surviving the ascent.

Thanks to SubCAS, both researchers and the public have access to a little explored part of the world hundreds of feet below the surface thanks to aquarium exhibits displaying the newly collected specimens.

“The SubCAS is an important innovation,” said Hudson Pinheiro, a fellow co-author. “It allows for detailed study of new-to-science species while they’re thriving outside of their natural habitat. We can gain important insights about fish biology and behavior that we couldn’t obtain otherwise, helping us better understand what it takes to survive in a region as mysterious as the twilight zone.”

Exploring the twilight zone reefs will also help with reef conservation and management, particularly now when corals are dying off at an alarming rate.

“These species are ambassadors of important environments that are rarely included in marine protected areas or sanctuaries,” said Bart Shepherd, the lead author of the paper. “Our goal is to remind the public of the ocean’s vast and unexplored wonders and to inspire its conservation for future generations.”