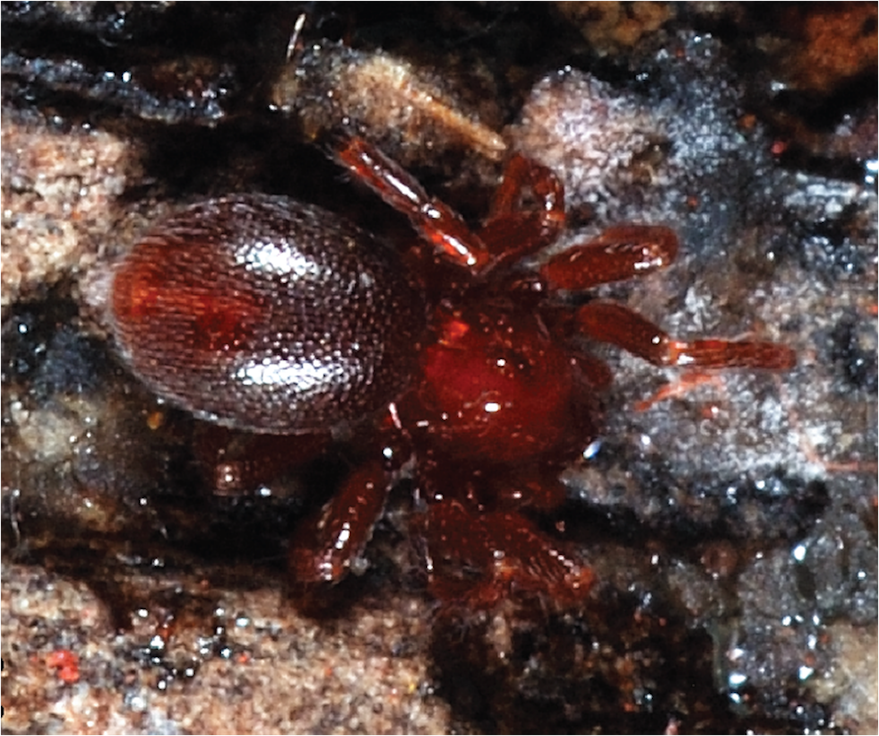 Nine new species of goblin spiders have been found in Sri Lanka – a country where 45 species of this type of spider can be found, despite the nation only being 65,610 km2. These spiders are endemic to Sri Lanka, meaning that they are only found in this region and nowhere else. Some of these six-eyed spiders can only be found at a few locations, while others aren’t seen outside of a single forest patch.

The new goblin spider species were found by scientists Suresh P. Benjamin and Sasanka Ranasinghe of the National Institute of Fundamental Studies. In their paper published in Evolutionary Systematics, the researchers describe a total of nine goblin spider species in six genera, with two of these genera reported for the first time outside of Australia.

They named six of these spiders after characters originally written by famous English children’s writer Enid Blyton, who wrote “The Goblins Looking-Glass” (1947), “Billy’s Little Boats” (1971), and “The Firework Goblins” (1971). The spiders were named after “goblin” characters in the book – Bom, Snooky, and Tumpy – as well as the “brownie” characters – Chippy, Snippy, and Tiggy.

In European folklore, goblins and brownies are known as small, closely-related, mischievous fairy-like creatures who live in human homes and do chores while the family is asleep. In exchange for their hard work, they expect the humans to leave food for them.

Goblin spiders are also small – just a few millimeters – and given the anthropogenic factors affecting the rapidly diminishing forests of Sri Lanka, their survival is very dependent on humans. Because of this, the discovery of this species is an important step in determining the relative health of these spiders in this habitat.

“Being short-range endemics with very restricted distributions, these species may prove to be very important when it comes to monitoring the effects of climate change and other threats for the forest habitats in Sri Lanka,” the researchers explain.