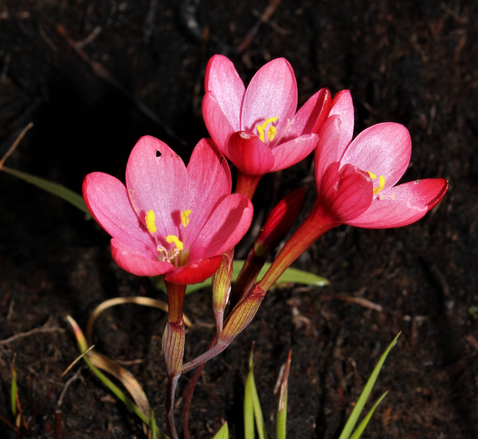 It seems that the Langeberg Mountains of the Western Cape, South Africa, have been keeping a stunning secret for some time now. Brian du Preez, a botanist at the University of Cape Town (UCT), has uncovered that secret.

Du Preez was hiking with his mentor, Professor Peter Linder, in December of 2021 when he spotted a peculiar flower.

“I took photos, but did not collect a specimen. It was only when I got back home and sent the photos to Dr John Manning, an expert on the Iris family, that we realized it is likely a new species,” said Du Preez. Dr. Manning works at the Compton Herbarium at the South African National Biodiversity Institute (SANBI).

After consulting with Professor Goldblatt, the pair determined that the flower may be a new species. Du Preez hiked back up the mountain to collect a specimen as well as bulbs for ex situ conservation. He described the rarity of such a find, noting that a discovery like this hasn’t been made in 10 years.

With the addition of Geissorhiza seracina, there are 106 South African species described within the genus, and 24 of these species have been described since 1985. Although the Geissorhiza genus is well known, new species are being discovered in the more remote regions of the Greater Cape Floristic Region.

“New Iridaceae species are rarely found, and I mostly find new legume species. It is not often that a new species turns out to be so beautiful,” said Du Preez.

The Cherry Satin flower is described in the South African Journal of Botany.