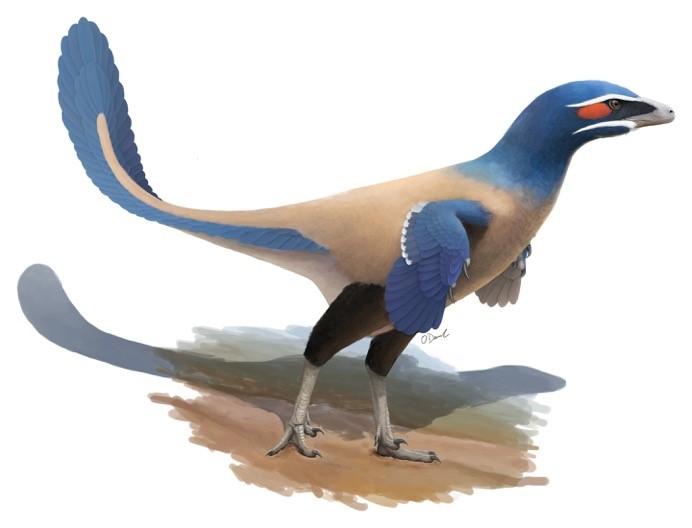 A new species of dinosaur has been identified by Canadian scientists and named after esteemed paleontologist Philip J. Currie. The name Albertavenator curriei, which means “Currie’s Alberta hunter,” honors Currie for decades of work focused on predatory dinosaurs of Alberta.

The bones of Albertavenator were initially thought to belong to Troodon, which lived 5 million years before Albertavenator. Both of the closely-related dinosaurs were around the same size as humans, walked on two legs, and were covered in feathers.

Scientists from the Philip J. Currie Dinosaur Museum and the Royal Ontario Museum distinguished Albertavenator from its predecessor Troodon through a meticulous comparison of bones found in the dinosaurs’ heads. They discovered the skull of Albertavenator was noticeably shorter and more robust than that of Troodon.

“The delicate bones of these small feathered dinosaurs are very rare. We were lucky to have a critical piece of the skull that allowed us to distinguish Albertaventaor as a new species.” said Dr. Evans. “We hope to find a more complete skeleton of Albertavenator in the future, as this would tell us so much more about this fascinating animal.”

It is challenging for scientists to identify new species from fragmentary fossils. Also, hundreds of teeth found in Alberta will not be helpful in this study considering that teeth of Albertavenator would closely resemble teeth of Troodon.

“It was only through our detailed anatomical and statistical comparisons of the skull bones that we were able to distinguish between Albertavenator and Troodon,” said Thomas Cullen, a Ph.D. student of Evans at the University of Toronto and co-author of the study.

The identification of this new species indicates that small dinosaurs in the Late Cretaceous of North America were more diverse than research has shown. Derek Larson is the co-author on the study and Assistant Curator of the Philip J. Currie Dinosaur Museum.

“This discovery really highlights the importance of finding and examining skeletal material from these rare dinosaurs,” said Larson.

This is not the first time a new species of dinosaur has been identified by re-examining museum research collections. The study, published today in the Canadian Journal of Earth Sciences, suggests that revisiting fossil collections could uncover more dinosaur species.