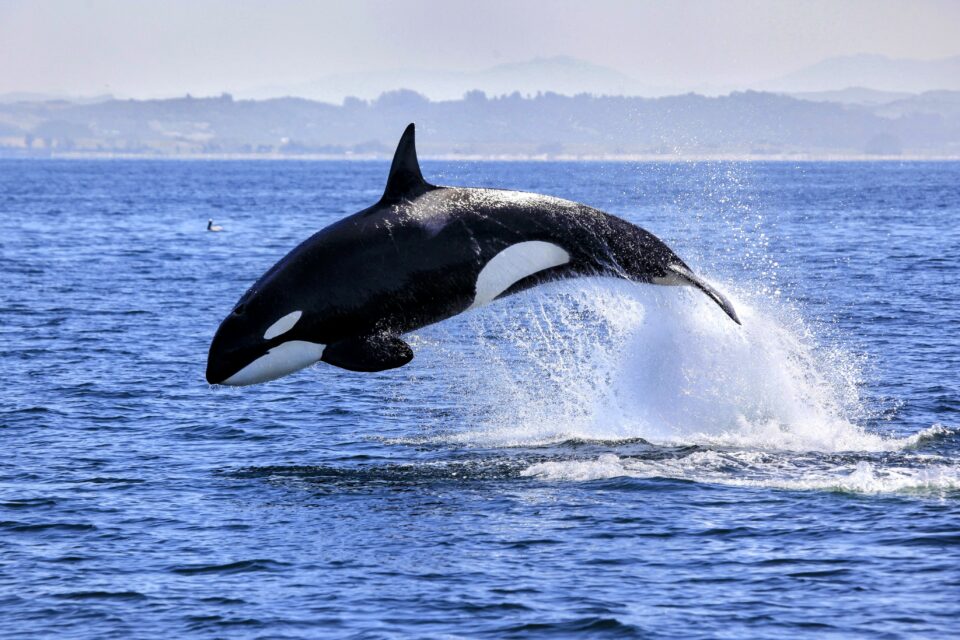 Observing animal behavior and ecology in the wild is the basis of conservation planning. However, the cost, time commitment, and danger involved in basic observational work can make it extremely challenging.

“The thing we really tackled with this paper was trying to get at some of those fine-scale behaviors that aren’t that easy to model,” said study lead author Evan Sidrow, a doctoral student in the UBC Department of Statistics.

“It’s a matter of finding behaviors on the order of seconds – maybe 10 to 15 seconds. Usually, it’s a matter of a whale looking around, and then actively swimming for a second to get over to a new location. We are trying to observe fleeting behaviors, like a whale catching a fish.”

The researchers improved a statistical tool based on a hidden Markov model, which is used to interpret animal movement datasets.

Because modern data logging devices collect data almost continuously, an enormous amount of data points are collected in a relatively short period of time. The Markov model has a hard time interpreting such a large amount of data. The new statistical modeling method allows a finer scale look into the data, which produces greater information for conservation planning by decision makers, including those working on orca conservation.

“As a case study, we use this framework to model the fine-scale kinematic movements of a northern resident killer whale ( Orcinus orca) off the western coast of Canada,” wrote the study authors.  “Through simulations, we show that our model produces more interpretable state estimation and more accurate parameter estimates compared to existing methods.”

According to study senior author Dr. Marie Auger-Méthé, the study is one of the first steps on the road to fully understanding why southern resident killer whales are not faring as well as their northern counterparts.

“Using our methods to detect when the animals are catching prey and to model their energy expenditure will be key to understanding the differences between these neighbouring whale populations,” said Dr. Auger-Méthé.

She explained that the next goal is to understand when the whales are capturing prey and applying the models to both northern and southern resident killer whale populations to see how they are behaving differently.

“The paper offers many ‘building block’ solutions that can be used together or independently,” said Dr. Auger-Méthé. “In essence, we are providing a toolbox to researchers using high-frequency movement data, and other similar high-frequency time series.”

The study is published in The Canadian Journal of Statistics.