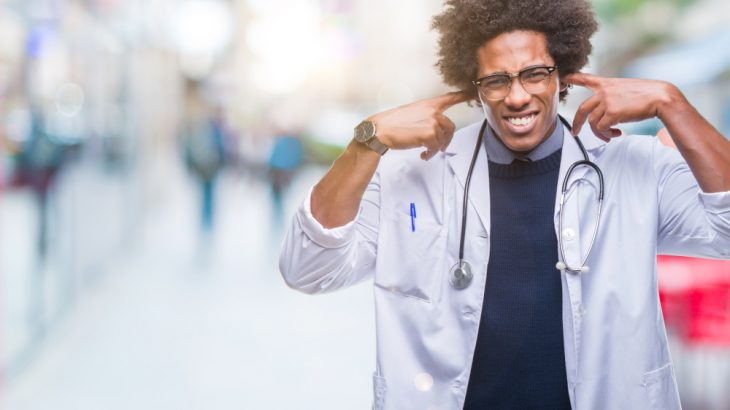 Noise pollution is a rising problem in hospitals, and it could be affecting patients’ care, according to a new editorial published in the journal BMJ.

“Even in intensive care units, which cater for the most vulnerable patients, noise levels over 100 [decibels] have been measured, the equivalent of loud music through headphones,” lead author Dr. Andreas Xyrichis of King’s College London said in a press release. He was joined by colleagues at King’s College and the University of the Arts London in writing the editorial.

Noise levels frequently go over international recommendations, the authors wrote. The noise pollution affects the ability of staff members and doctors to communicate with each other. It also causes annoyance, fatigue and irritation, the authors argue.

This doesn’t affect just doctors, nurses and other hospital staff members, the authors point out. It also interrupts patients’ rest, and affects their ability to recover and heal. In some cases, it can lead to stress and even intensive care unit-induced psychosis, they said.

Noise pollution has previously been linked to heart disease. The editorial noted it also seemed linked to high blood pressure in patients.

“We know hospital noise has disruptive consequences for sleep – machine sounds in particular have a greater negative effect on arousal than human voices. Post-hospitalization recovery is also compromised,” Xyrichis said. “For example, coronary care patients treated during noisy periods were found to have a higher incidence of re-hospitalization compared to those treated during quieter periods.”

Patients often report negative effects of noise pollution in hospitals on their health. Some even request early discharge due to noise, which puts their health and recovery at risk.

The researchers suggest three prongs of attack. First, hospitals should focus not just on reducing loud sounds, but also softer, repetitive sounds like dripping water, which can also be stressful.

Second, hospitals should survey patients to see which sounds they find stressful and intrusive, like alarms, and which ones are welcoming, like the sound of a drink or meal cart in the hallway.

Third, hospitals should brief patients and their families on noise pollution levels before admission, so they can bring earplugs or headphones.

“Guides about potential ward sounds could also enhance patients’ understanding of their surroundings and increase relaxation,” the editorial wrote. “Sound masking – the addition of background, broadband sound optimized for particular environments to reduce noise-induced disturbance – has also been used widely in open-plan offices for many years and has recently shown promise for improving sleep in hospitals.”