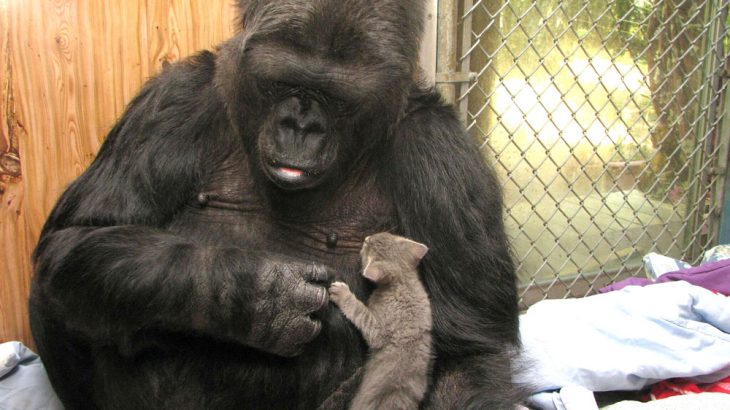 The Ethiopian Wolf (Canis simensis) isn’t a wolf.  Then again, Gelada Monkeys aren’t humans.  These two animals, one canid and one primate, might be mirroring the same interaction that occurred in the distant past between humans and wolves (that became dogs).  After all, the Ethiopian wolf, that looks more coyote than wolf, is in the same genus as the grey wolf (Canis lupus), the ancestor of domestic dogs (Canis familiaris) or (Canis lupus familiaris).  It’s best to not overstate the matter though, the Ethiopian Wolf is unique among canids.

Most dogs are generalists, feeding on a broad prey base as well as plant material and scavenged kills when they can.  Coyotes survive so well, even thriving while being persecuted partially due to their flexibility. Out hiking in the desert, prairie or forest you can find coyote scat reflecting whatever food is available.  Sometimes the scat will be filled with parts of cactus or blackberries or packed full of indigestible fur maybe even feathers.

The Ethiopian Wolf is different, this is a dog with a distinct taste for alpine rodents.  The specialized diet and habitat requirement of Canis simensis leaves the dog stranded in a scattering of small high alpine areas in Ethiopia.  According to African Wildlife Foundation, there are fewer than 400 individual Ethiopian Wolves spread through 7 different populations.  Naturally being limited to a small area that is now being encroached upon by agriculture leaves the Ethiopian Wolf, an animal not well known as Africa’s most endangered carnivore.  An alliance between Gelada Monkeys and Ethiopian Wolves becomes more interesting and perhaps more tragic in light of the peril of the Ethiopian Wolf.

The Gelada Monkey itself is only found in the highlands of Ethiopia as well.  Gelada’s are often called baboons but are actually members of their own genus of old world monkey.  Unlike the Ethiopian Wolf, Gelada Monkeys are not endangered, with according to Wikipedia, an estimated 200,000 individuals as of 2008.

The Geladas are alone in the world in their own way though.  Geladas are isolated in the Ethiopian Highlands, rarely studied by primatologists and they’re unique in a few different ways.  Geladas have some of the most diverse vocal communications of non-human primates. Geladas survive on a diet almost entirely consisting of grass.  With a distinct social hierarchy and rich vocal communication repertoire, it isn’t hard to see similarities between geladas and humans, no matter how distantly related we are to each other.  New Scientist reports that Gelada Monkeys might be helping Ethiopian Wolves in a way similar to how humans may have once helped wolves destined to become domesticated dogs.

When Ethiopian Wolves hunt their preferred prey of rodents outside of a Gelada herd, they’re successful 25% of the time.  When the wolves try to catch rodents in the midst of a Gelada herd, they’re successful 67% of the time, according to primatologist Vivek Venkataraman, then at Dartmouth.  The Ethiopian Wolves seem to be on their best behavior when among the monkeys too, which suggests they’re purposefully associating with geladas.  Likewise, the Geladas mostly ignore the wolves in their midst, going about their business unconcerned. This is despite the fact that sometimes Ethiopian Wolves prey on animals the same size as young gelada monkeys.  It’s speculative but this may be similar to the original relationship between our human ancestors and wolves.

It’s hypothesized that wolves first started associating themselves loosely with humans.  Wolves might’ve ate human leftovers or benefited in some other way by simply being near humans and then from there slowly turned into domestic dogs.  This also shows that other primates besides humans at least have a capacity to be associated with by other species. In other circumstances, other primates have shown this capacity as well.

In what may be better termed an adoption than domestication, scientists recorded capuchin monkeys (Cebus libidinosus) taking in a marmoset (Callithrix jacchus).  The scientists observed that the marmoset was observed frequently with the capuchin monkeys and was fed and cared for by two adoptive ‘mothers’.  The researchers also note that adoption of other primates by capuchin monkeys has been observed numerous times in captive populations and more rarely in wild populations.  It’s interesting that these are animals much more similar to each other than monkeys are to canids. The marmoset was watched interacting with capuchin monkeys of roughly the same age and apparently they were getting along quite well.  The capuchins seemed to treat the marmoset more gently even, taking into consideration her relative fragility. Indeed the primatologists writing about this case suggested that it shows the social flexibility in both capuchins and marmosets.  More suggestive individual cases of emotional attachment between non-human primates and other animals are well known.

Perhaps the best known example is Koko the gorilla.  As we reported, Koko died this year unfortunately, but is best known as a captive gorilla who was taught sign language.  She died at age 46 in captivity in California but her life helped many humans understand an other species: the lowland gorilla.  Koko requested a pet cat and received one as a birthday present in 1985; she picked a gray male kitten she named ‘All Ball’ reported Mother Nature Network.  The first kitten ended up being hit by a car and dying.  Koko was given two more kittens that were named Lipstick and Smokey.  The case of Koko and her kittens is a classic example of a non-human with pets but it’s also one instance of a very non-typical gorilla.  Are there cases of non-humans naturally taking care of cats, dogs or something similar simply as pets in general?

There’s a video on YouTube claiming to show a troop of Hamadryas Baboons (Papio hamadryas) that ‘kidnap’ puppies and make them into pets.  Hal Herzog PhD wrote in Psychology Today about the baboons that supposedly kept pet dogs.  The troop of baboons in that youtube clip were living near a garbage dump just outside of Ta’if Saudi Arabia.  There seems to be no formal scientific documentation of the baboons keeping dogs as pets as the documentary clip claims.  The dogs in the video are Caanan Dogs and Dr. Herzog did track down a dog researcher who’s seen baboons hanging out with dogs.  The dogs and the baboons both seem to feed in the dump together but there isn’t a lot of solid evidence of baboons adopting pet puppies that act as guard dogs for them.  Besides what constitutes a pet relationship anyway?

It’s hard to imagine the baboons feeding the dogs or taking them for walks.  That doesn’t matter that baboons living in close proximity to dogs doesn’t raise some real questions.  What can we learn about our relationship with other non-humans by observing? What does it say about our species that we keep pets in the first place?