Nutritious seafood is too expensive for most Americans • Earth.com 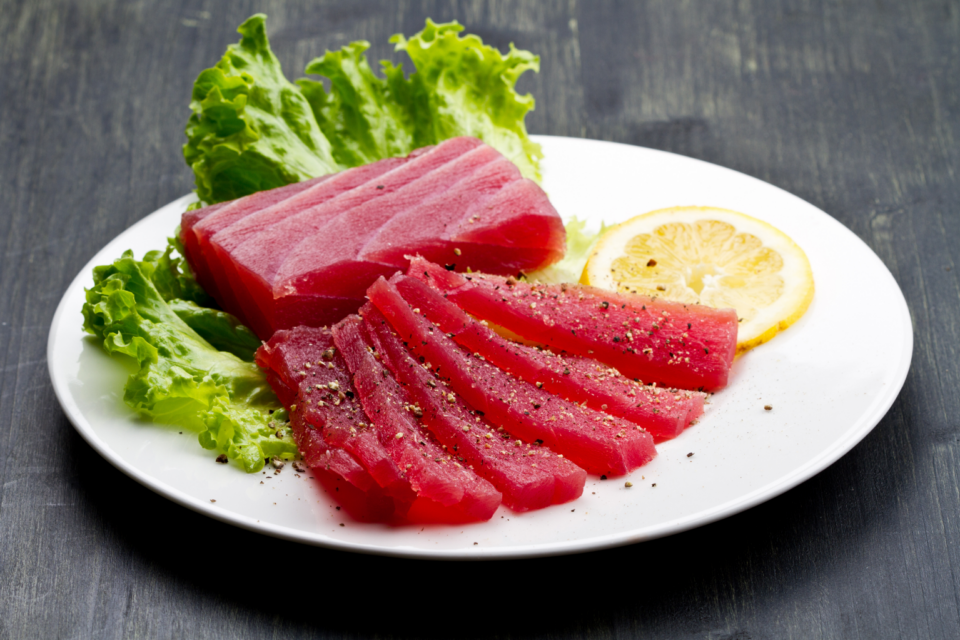 Nutritious seafood is too expensive for most Americans

The 2020 U.S. Dietary Guidelines for Americans (USDGs) recommend that adults increase their consumption of seafood in order to obtain adequate quantities of two specific omega-3 fatty acids, eicosapentaenoic acid (EPA) and docosahexaenoic acid (DHA). Ideally, adults should eat fish twice a week as this is a rich source of these fatty acids, as well as being a good source of protein and of important micronutrients. However, a new study shows that nearly 90 percent of American adults do not eat seafood twice a week.

The study, published in the American Journal of Clinical Nutrition, explores how socioeconomic and racial/ethnic factors, along with seafood affordability, influence seafood consumption overall, as well as affecting the choices people make concerning which specific seafood items they eat. The researchers considered the diets of adults in three income categories, namely low, middle and high, as well as in four racial/ethnic groupings, namely Hispanic, non-Hispanic black, non-Hispanic white and non-Hispanic Asian.

Dietary data was collected from the National Health and Nutrition Examination Study (NHANES), which relied on self-reported dietary records from participants during the years 2011 through to 2018. In total, dietary information from 17,559 individuals was collected, but only 3,285 of these reported consuming seafood. The NHANES dataset was also used to analyze seafood intake by species, including those species high in omega-3 fatty acids.

The two omega-3 fatty acids involved in human physiology, EPA and DHA, can be obtained from eating fish and algae. Marine algae and phytoplankton are primary sources of the fatty acids, which accumulate in the fish that eat these marine producers. Also known as long-chain polyunsaturated fatty acids, EPA and DHA are associated with a reduced risk of cardiovascular disease and mortality in humans, although many of the previous research studies have produced conflicting results. It remains true, however, that seafood is rich in micronutrients and that protein from seafood has a more balanced amino acid profile than protein from most plant sources.

Data on the costs of different types of seafood were accessed from NielsenIQ (using an average from 2017-19 prices) by seafood type, as well as data from the Food and Nutrient Database for Dietary Studies. This enabled the researchers to assess nutrient values for seafood in relation to price. They also investigated the different methods of seafood production (e.g., wild caught or farmed) as well as the habitat from which the seafood came, in relation to people’s dietary choices.

Furthermore, the researchers found a strong association between income and the price of seafood that people chose to include in their diets. The seafood most commonly consumed by people with low incomes was shrimp and fish, but not the fish species high in omega-3 fatty acids. People in the middle-income category favored salmon and canned tuna (which do have high levels of omega-3s), while those with higher incomes selected salmon in particular. Fresh, wild-caught salmon was the most expensive seafood, while canned tuna was less expensive and freshwater fish, shrimps and mussels were the least expensive.

Fish species with high levels of omega-3 fatty acids only made up 18 percent of all seafood in the diets of people with low incomes, 28 percent for those with middle incomes, and 33 percent for those with high incomes. Seafood high in omega-3s, such as salmon, also costs more at retail outlets than species low in omega-3s, such as cod, tilapia and catfish.

“Although seafood is nutritious, the higher cost of seafood poses a barrier to Americans with lower incomes,” said study lead author Dr. David Love, a senior scientist with the John Hopkins Center for a Livable Future. “Eating seafood twice a week can be challenging on a tight budget, but it can be done – for example, by buying seafood that is frozen or canned instead of fresh.”

Nearly 3,000 species are categorized as seafood. Lower-priced species with favorable nutrient profiles – those with omega-3s, vitamins, and minerals – include mackerel, herring, mussels, octopus, and eel. Of these five species, only mussels are eaten with any degree of frequency, comprising 2 percent of the seafood consumed by adults with low incomes and 1 percent by adults with high incomes. The researchers note that many Americans consume only a limited range of species that includes mostly shrimp, salmon, canned tuna, tilapia, and cod.

The researchers found that Americans consume a mix of farmed and wild-caught seafood, and that the majority comes from the ocean, rather than from fresh water localities. Farmed fish can have different nutritional value from wild-caught fish because their feed includes soybean meal and oil and other crops, instead of or in addition to the species’ natural diets.

“More research is needed to explore the cultural differences that exist within the race and ethnicity groups as defined by the NHANES dataset,” said study senior author Martin Bloem. “Culture plays a vital role in shaping our individual dietary choices, so future recommendations should account for and reflect these differences.”

Because culture plays such an important role in people’s dietary choices, specific policies and interventions may be needed to enhance the consumption of seafood by different groups of American adults.

The authors conclude that their study helps fill an important gap by describing the seafood consumption patterns of groups of different incomes and ethnicities in the United States. This information is needed to design and implement policy and interventions that aim to enhance seafood consumption among specific income and race/ethnic groups and to identify and promote sustainable and affordable diets crucial for planetary health.