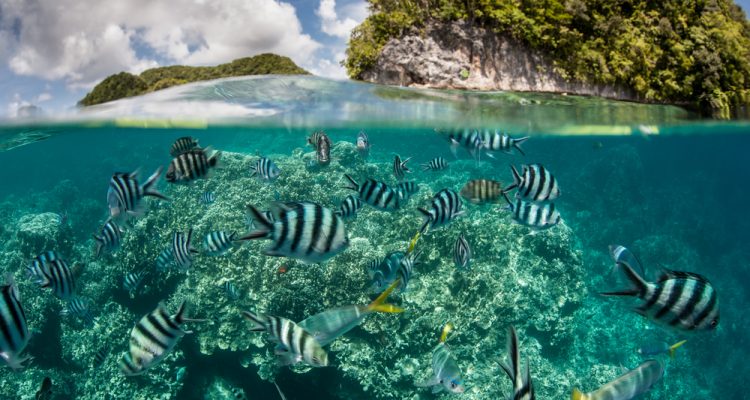 Marine biologists are taking a fresh look at the effects of a little-understood ocean danger. Not sharks or deep-sea predators – they’re studying ocean acidification and its effects on sea snails.

Beyond that, though, they don’t know much about how acidification affects underwater wildlife.

Ocean acidification, or OA, does play at least some role in altering some species’ behaviors, they said.

“In several marine invertebrate species, [ocean acidification] has been shown to exert significant effects on organismal life history, ecology and behaviour, and on fundamental physiological processes, resulting in imbalances in acid-base status, a reduction in aerobic scope and a shift in energy budget allocation,” they wrote in the new study.

The goal was to find out how much of a role it plays, and how marine creatures adapt to those changes.

In 2010, they launched a project to study Littorina littorea, a common sea snail. They sampled six different populations in the North Atlantic, near Europe’s coast. The sea snails ranged from warm to subpolar waters.

Samples were moved to a lab at the University of Plymouth, where scientists separated them into tanks mimicking sea conditions. The tanks had different pH levels ranging from 8.0, current levels, to 7.6, the predicted levels for the year 2100.

In the more acidic tanks, the snails showed a number of effects. The harsher water conditions ate away at their shells, especially the sea snails from colder waters.

Still, they cautioned that their study looked only at one species.

“More generally, our study points to the fact that information from single population studies should be used with caution when aiming at predicting species global responses to global drivers,” they wrote. “As a consequence, we may be currently over- or underestimating the impact of different environmental changes in different climatic regions, with this having important implications for the development of directives and policies to promote the preservation of marine biodiversity under the ongoing global change.”

The study was published in the journal Nature Communications. Funding was provided by the Natural Environment Research Council.