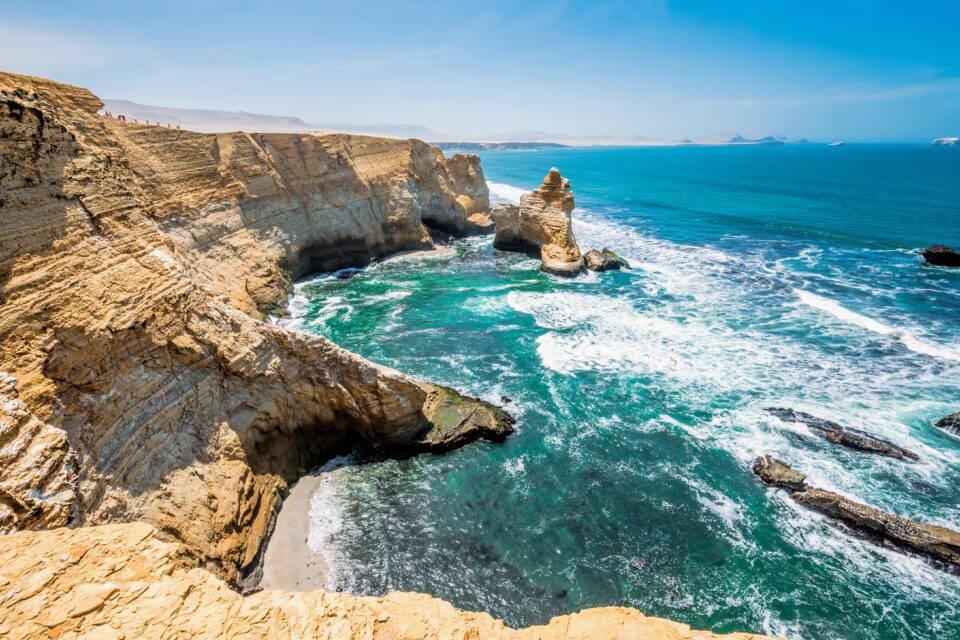 Ocean warming, acidification, oxygen depletion and other changes are impacting marine animals, and these impacts include the displacement of some fish species. To understand these changes, an international team of scientists led by Kiel University (CAU) has created an environmental model of the warm period 125,000 years ago (Eemian interglacial) using sediment samples from the Humboldt Current system off the coast of Peru.

The research shows that the warming of the Humboldt Current could have far-reaching consequences, and that ocean warming is a major threat to the world’s fish supply.

The experts found that under warmer conditions, smaller goby-like fish dominated the environment, while important food species such as anchovies were pushed back. The results are independent of management or fishing practices in the region.

“The conditions of this past warm period that we were able to reconstruct from our samples can definitely be compared to the current development and put in context with future scenarios,” said study first author Dr. Renato Salvatteci.

“According to this, there is a clear regime shift towards smaller fish that feel more comfortable in the warm, lower-oxygen conditions. We conclude from our results that the effects of human-induced climate change may have a stronger influence on the evolution of stocks in the region than previously thought.”

The area off the coast of Peru is one of the world’s most important fisheries, supplying roughly eight percent the total global catch of marine species. Around ten percent of the world’s anchovies are caught in this region, with much of them being processed into fish meal for aquaculture projects abroad. Smaller fish are better able to survive in warmer, less oxygenated water.
The research shows that ocean warming in the Humboldt Current upwelling area may soon reach an irreversible tipping point. Beyond this threshold, commercial fisheries that are an important part of the global food supply chain could start to collapse.

“In contrast to the present-day anchovy-dominated state, the last interglacial was characterized by considerably smaller (mesopelagic and goby-like) fishes and very low anchovy abundance,” wrote the study authors.

“These small fish species are more difficult to harvest and are less palatable than anchovies, indicating that our rapidly warming world poses a threat to the global fish supply.”