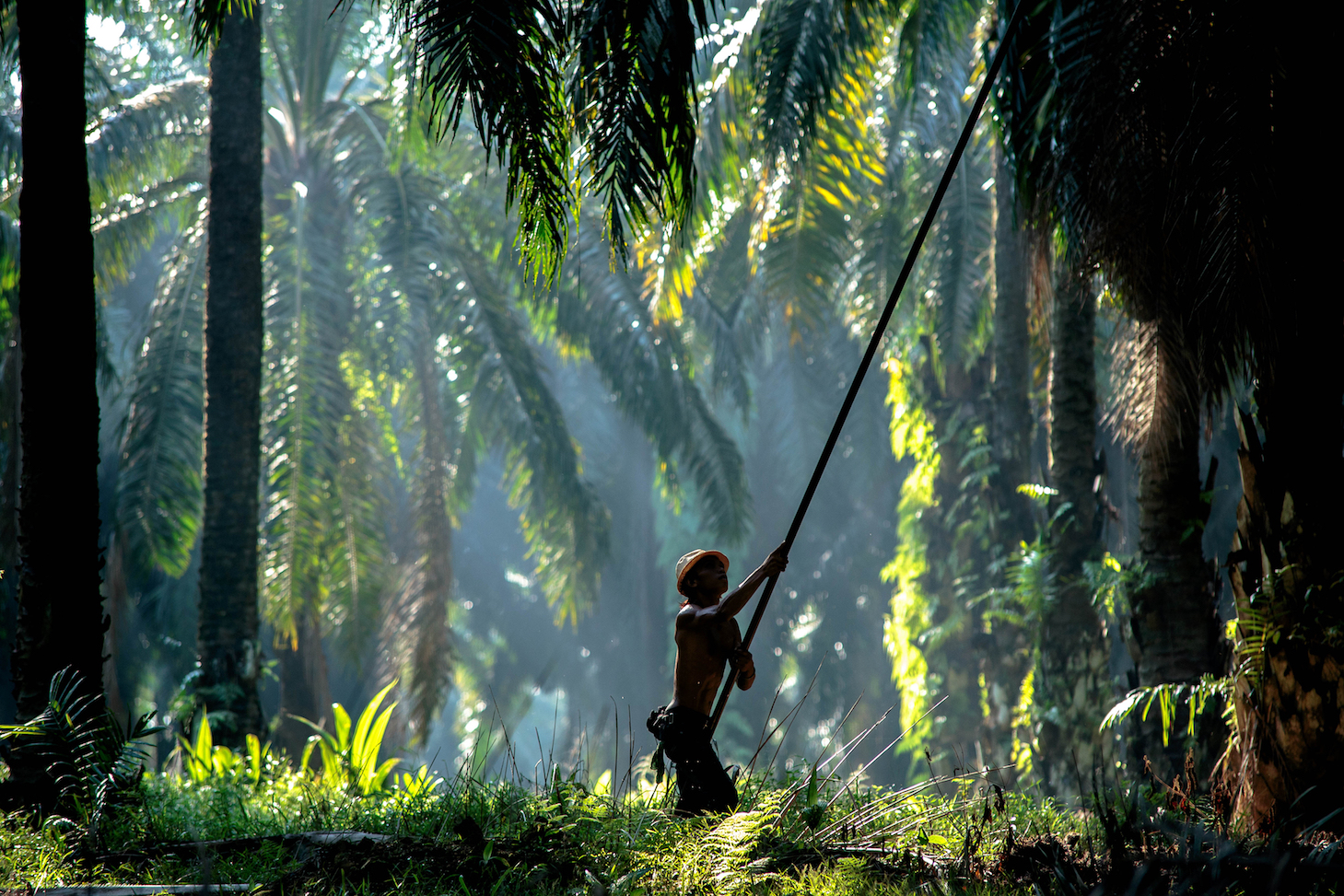 Oil palm plantations damage ecosystems in a number of ways

Oil palm plantations wreak havoc on forest habitats, but the popularity of palm oil in everything from foods to cosmetics makes conservation policy difficult to regulate or put in place.

Mass deforestation has occurred to make way for oil palm plantations, as the fruit of oil palm trees are where palm oil comes from.

New research has found that on top of habitat degradation, oil palm plantations also have a surprising effect on boar populations.

This, in turn, causes drastic increases in populations and the surrounding forests are irreversibly damaged.

The researchers found that saplings and small trees near plantations were reduced by more than half because boar mothers harvest the plants for nests.

“When oil palms start fruiting, wild boars quickly aggregate to feed in the plantations,” said Dr. Matthew Luskin, a member of the research team. “The abundant food allows them to reproduce, causing a massive surge in their population in the nearby forest. The biggest subsequent effect this leads to is when pregnant wild boars build nests, as this clears vegetation from the forest floor.”

At first, the researchers were puzzled at the loss of habitat, but after years of field studies, it was obvious that oil palm plantations have a wide-reaching effect not previously realized.

Future studies are needed to understand the long-term effects of plantations beyond deforestation, and because of how many plantations there are in Southeast Asia, the impact could be devastating.

The researchers note the need for conservation policy and regulations in order to combat these effects.

“Through impactful studies on the effect of agricultural expansion and wildlife population, we hope to provide insights for countries and policymakers who seek to protect our environment for future generations better,” said Fidel Costa, an associate professor and Acting Chair of NTU’s Asian School of the Environment.