Old iron mine now covered with millions of orchids • Earth.com 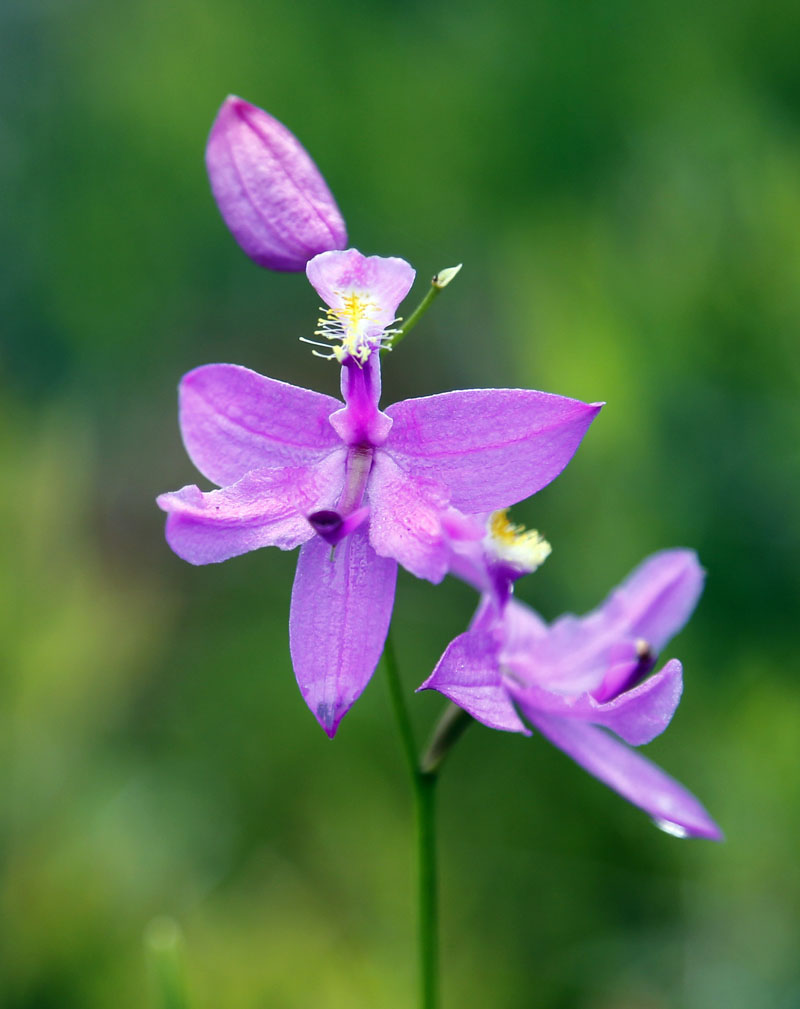 Old iron mine now covered with millions of orchids

Millions of orchids are now growing in a hundred-acre wetland in the Adirondack Park that developed on waste from a vast open-pit iron mine, a transformation scientists say is most impressive because it happened naturally. Old iron mine now covered with millions of orchids

“It’s a testament to nature’s ability to heal itself,” said Grete Bader, a graduate student who recently wrote her master’s thesis about the plant life at the former Benson Mines, about 35 miles from the Canadian border. Old iron mine now covered with millions of orchids

The wetland, which remains privately owned and off limits to the public, formed on part of thousands of acres of coarse sand left over when granite ore was crushed to extract iron from 1900 until 1978. That bare sand eventually gave way to moss, lichen, grasses, sedges and trees, including willows, poplars and tamaracks.

Orchids arrived as dust-like seeds from surrounding areas. The wetland is now home to six species of bog orchids, including millions of rose pogonias and grass pinks.

“I’ve been involved in orchid-rich habitats all over the country for 40 years, and I’ve never seen anything like this,” said Donald Leopold, a professor at the State University of New York College of Environmental Science and Forestry.

Leopold first explored the site 30 years ago, but the staggering number of orchids wasn’t quantified until recently when his graduate student, Bader, tallied them up in her thesis.

Several factors contribute to the thriving plant community at the site, Bader said, including a variety of fungi that colonize a plant’s root system and enhance its ability to absorb nutrients.

“What’s really cool to me as a plant ecologist is how this site went from bare mine tailings to a diverse wetland plant community over the past 60 years on its own, without any formal restoration initiative,” Bader said during a recent visit to the site.

Bader and Leopold suggest that the site would be a worthy addition to the Adirondack Forest Preserve if the owner was interested in selling it to the state.

But the landowner’s lawyer says there are no plans to sell the land or allow public access. “Benson Mines wasn’t even aware of the orchids until the researchers made them public,” said attorney Bernard Melewski.

He said the orchid site is a small part of about 2,000 acres of sand and crushed stone mining waste that the company hopes to ship to markets when a nearby railroad spur is renovated.

Even if the site remains untouched by development, the orchids may be a fleeting phenomenon as the natural forces that brought them here continue to reshape the landscape. Already, an aggressive non-native reed called phragmites is choking out other plants in large swaths of the wetland.