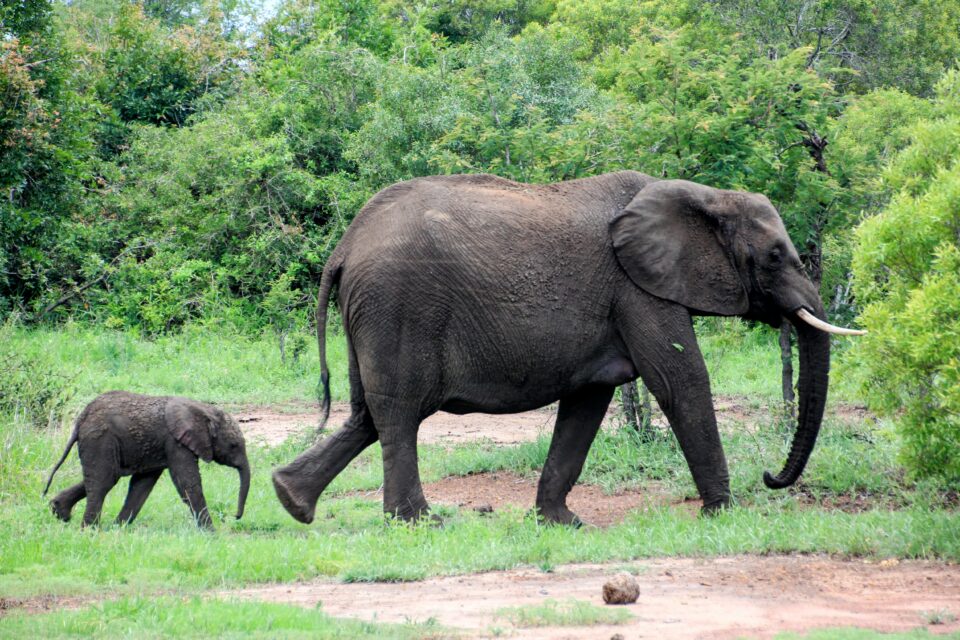 A new study led by the University of Exeter in collaboration with Elephants for Africa has discovered that male elephants are more aggressive when fewer older males are present in their group. These findings suggest that the removal of old male elephants, which are often the victims of trophy hunting, could also lead to increased conflicts between younger elephants and humans.

The researchers examined a cohort of 281 male elephants in an all-male area in the Makgadikgadi Pans National Park, Botswana, during a period of three years. The elephants were divided into four groups – two consisting of adolescents (10-15 and 16-20 years), and two of adults (21-25 and 26+ years).

They found that when fewer old elephants were around, the younger ones were likely to be more aggressive towards non-elephant targets including livestock, other animals, and even vehicles.

“Our research draws attention to what is often a rather overlooked area in animal behavior; that of the complex relationships and connections that occur between males in non-breeding all-male societies,” said lead author Connie Allen, a doctoral student in Behavioral Ecology at the University of Exeter.

“It appears the presence of more knowledgeable, older elephants in groups may play a key role in keeping the younger, less experienced males calm and lowering their perception of their current threat level, which means there’s less risk of aggression towards humans and other species. Alternatively, older bulls may police other males’ aggression directed toward non-elephant targets.”

According to study co-author Darren Croft, a professor of Animal Behavior at the University of Exeter, understanding the causes of aggression in male elephants is crucial for reducing human-elephant conflict. The fact that old male elephants seem to play a significant role in shaping the behavior of younger ones and making them less aggressive, should be an incentive for wildlife managers to try to protect them.

“Elephants are highly social animals. This study clearly shows how wildlife management can be informed by how elephants interact and react to each other,” said study co-author Lauren Brent, an associate professor of Biology at the University of Exeter.

“Future research on social behavior will continue to enhance conservation efforts of this iconic species,” she concluded.