Ostriches have a double kneecap, but scientists still don't know why • Earth.com 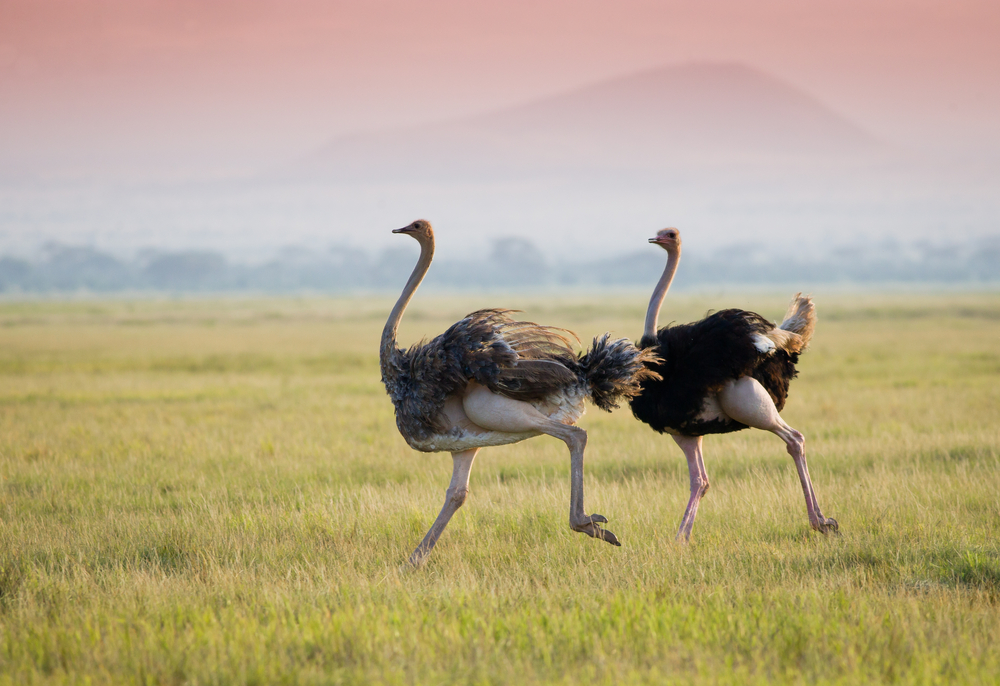 Ostriches have a double kneecap, but scientists still don’t know why

There is one animal on Earth that has a double kneecap: the ostrich. Scientists, however, still haven’t figured out why or how it developed.

But that’s not stopping them from studying it.

“Understanding more about different kneecap configurations in different animals could help to inform prosthesis design, surgical interventions, and even robots with better joints,” said Sophie Regnault, a doctoral student at the Royal Veterinary College in the United Kingdom.

The double kneecap seems to be unique to ostriches, Regnault said. Even extinct giant bird species don’t seem to have a similar knee structure.

The purpose of the double kneecap isn’t immediately clear, she said. However, it could have an effect on the ostrich’s running ability.

“We speculate that this might mean ostriches are able to extend their knees relatively faster than they would with one kneecap,” Regnault said in a press release.

Regnault and her team used CT scans and fluoroscopy to study ostrich leg structures in various positions. They then build an animated, 3D model of an ostrich leg to study its movement.

The model has helped them to better understand how the double kneecap structure works and its limitations, but has brought them no closer to understanding why or how the ostrich’s unique kneecap developed in the first place.

“We are still not sure why ostriches might have evolved this second kneecap,” Regnault said. “It might help to protect the tendon of these heavy fast-running birds, but there are other potential roles that we haven’t yet explored.”

Regnault and her team will present their research at the Society for Experimental Biology’s annual main meeting on Monday in Gothenburg, Sweden.