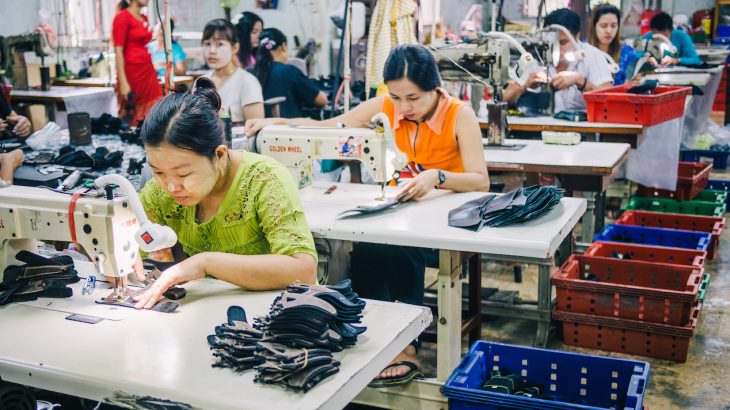 Outsourcing is common in today’s global economy, and many large corporations have created job opportunities in lower-income and developing countries.

However, as much as these corporations are transferring work, they are also transferring risks to an informal sector where job hazards are poorly regulated, health-risks are not recognized, and problems are rarely reported.

What’s worse, if hazardous conditions are brought to a company’s or the public’s attention, it’s usually following a tragedy resulting in a too little, too late kind of scenario, which is what happened with the Rana Plaza collapse among Bangladesh’s garment factories.

Over half of the people employed in developing economies work under poor conditions. With very little protection and standard safety rules and domestically, part-time, and temporary employees have to deal with many risks that should be the responsibility of the employer.

A key takeaway of the presentation was that people are willing to pay more for goods and services if it ensures workplace safety.

Nail salons are an excellent example of risk transference because most employees in salons are independent contractors and have no say in workplace safety, their job environment, or monitoring because the salon owners are not required to provide them.

Occupational risks associated with being a nail technician include inhaling toxic fumes, poorly ventilated salons, and an increased risk of developing asthma.

However, a consumer survey conducted by Albert J. Tien from the Workplace Health Without Borders organization found that nail salon customers would be willing to pay one or two dollars more for services if it increased workplace safety.

Along with salon services, another study conducted by Mary O’Reilly from Workplace Health Without Borders found that 45 percent of consumers would pay more money for clothes if the money went to help worker health and safety.

Both O’Reilly and Tien are working to find ways to raise awareness of poor workplace conditions, risk transference, and how to engage consumers.

Risk transference is not just a problem abroad though, as another study found that in the United States, temporary workers assume many unfair job risks and hazards compared to permanent employees.

Risk transference is an important concept to understand as the global economy continues to grow and employees are assuming unnecessary risks and job hazards that threaten both safety and economic progress.