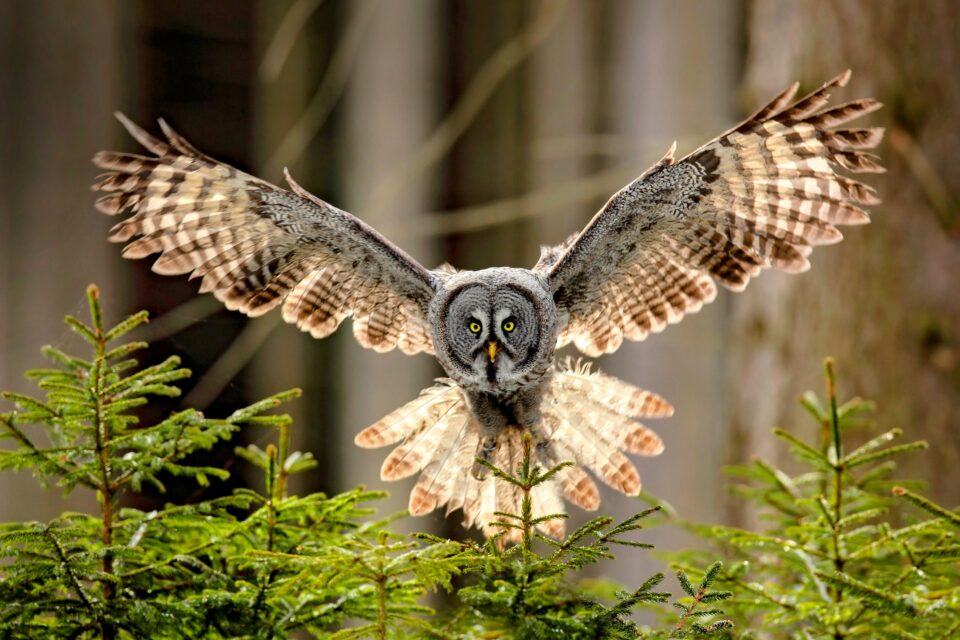 The turning blades on wind turbines and drones make a noise, as do the airfoils used on planes and helicopters. Most of the nose that arises as an object moves through air originates at the trailing edge as air flowing over and under the object meet. The same is true for the noise that a bird’s wings make as it flies overhead – except, of course, in the case of owls. They are renowned for being able to fly silently.

In a quest to design airfoils that produce less noise pollution, researchers from Xi’an Jiaotong University mimicked the characteristics of owl wings to inform a new design of airfoil that significantly reduces the trailing-edge noise. Details of the study are published today in the journal Physics of Fluids.

“Nocturnal owls produce about 18 decibels less noise than other birds at similar flight speeds due to their unique wing configuration,” said study co-author Xiaomin Liu. “Moreover, when the owl catches prey, the shape of the wings is also constantly changing, so the study of the wing edge configuration during owl flight is of great significance.”

The wing feathers of owls form a serrated edge at the trailing end of the wing, and this is thought to minimize turbulence and the associated noise. Previous studies have explored the use of serrated trailing edges and found that the serrations effectively reduce the noise of rotating airfoils. However, the noise reduction was not universal, depending heavily on the way in which the airfoil was used.

“At present, the blade design of rotating turbomachinery has gradually matured, but the noise reduction technology is still at a bottleneck,” said Liu. “The noise reduction capabilities of conventional sawtooth structures are limited, and some new non-smooth trailing-edge structures need to be proposed and developed to further tap the potential of bionic noise reduction.”

The researchers used noise calculation and analysis software to conduct a series of detailed theoretical studies of simplified airfoils that had characteristics reminiscent of owl wings. They applied their findings to suppress the noise of rotating machinery.

However, the extent of noise reduction varied with different operating conditions, so the scientists emphasized that the airfoil designs should be further evaluated based on the specific application for which they would be used.

The researchers believe their work will serve as an important guide for airfoil design and noise control in the future.