Panda bears' black and white fur is used for both communication and camouflage • Earth.com 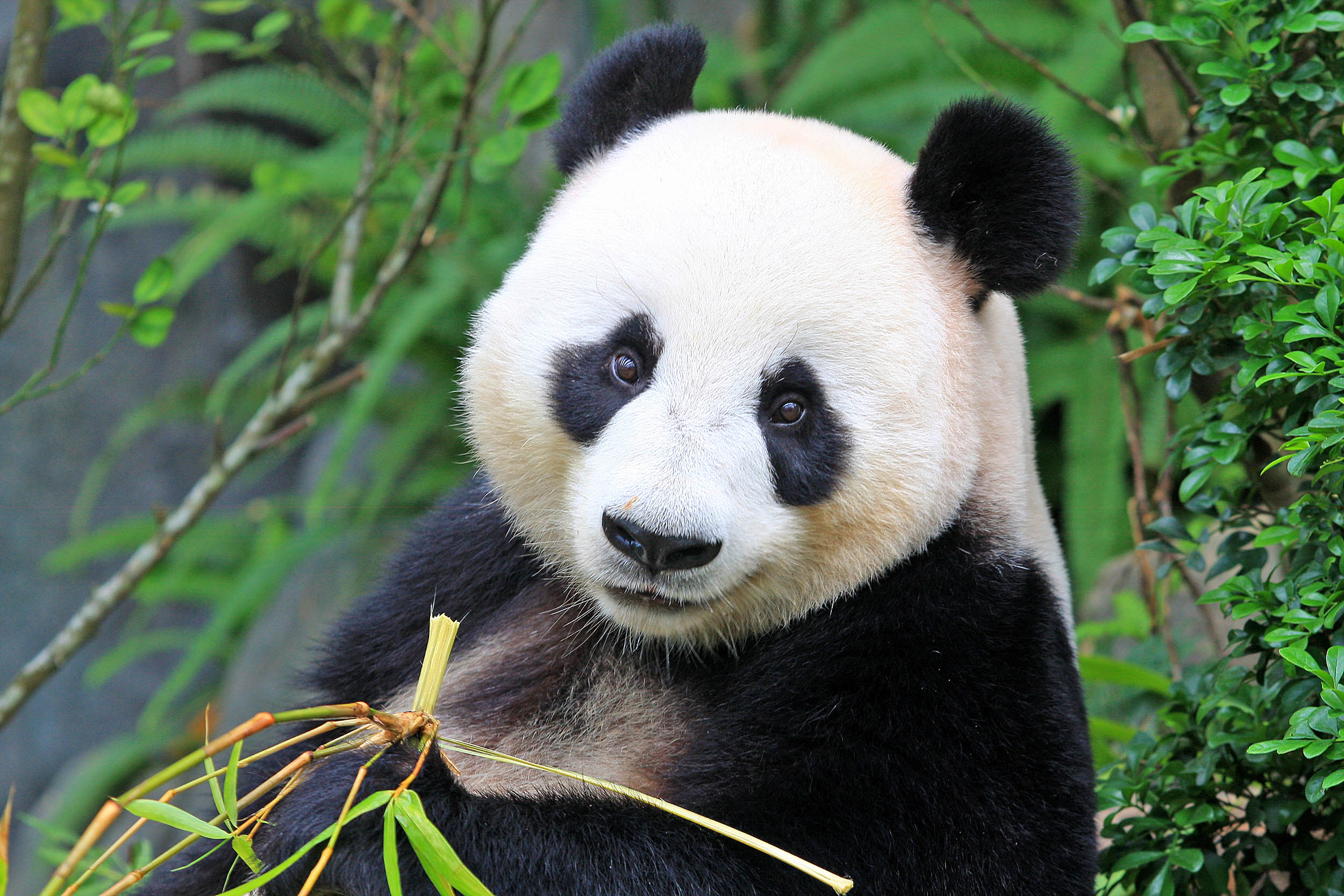 The researchers, from University of California, Davis and California State University, Long Beach, had previously studied why zebras have their black and white stripes.

The pandas, they believe, evolved their black and white patterned fur to serve as camouflage in both snowy and shadowy terrain.

The mixed fur color allows them to hide year-round in several types of terrain. This may serve to counteract pandas’ poor dietary habits. Because the panda bears eat a highly specialized bamboo diet and cannot digest most other foods, they can’t build up the fat stores other bear species use to hibernate. Their fur pattern offers more protection during the winter months.

The researchers studied other bears and other carnivores, comparing fur coloration on various body parts to try and determine how panda coloring evolved. The breakthrough came when scientists began treating each panda body part as independent from the whole, the scientists said.

The one exception to the theory is the pandas’ black ears and eye patches. They don’t seem to have evolved as camouflage, the researchers said, but for communication.

“Dark ears may be involved with signaling intent about ferocity whereas dark eye marks may serve in individual recognition,” they wrote.

Previous theories about panda coloration suggested that the bear – once believed to be more closely related to raccoons until DNA studies disproved that theory – had evolved its unique markings to keep cool. Scientists also theorized that the dark eye patches might serve as natural sunglasses.

“There is no compelling support for their fur color being involved in temperature regulation, disrupting the animal’s outline, or in reducing eye glare,” the researchers wrote.