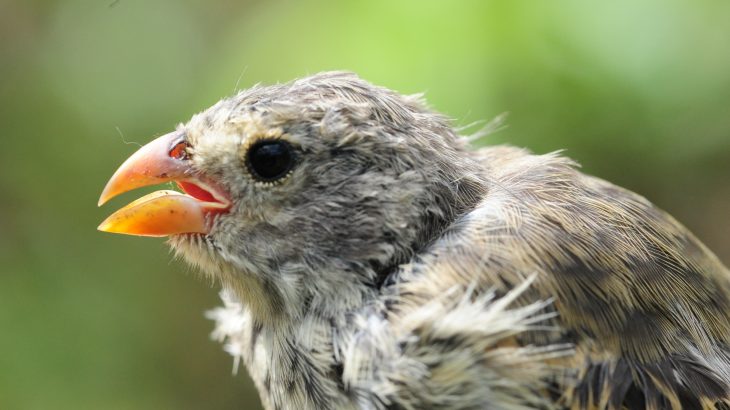 An invasive parasite on the Galápagos Islands has found a host in the famed finches that once captivated Charles Darwin, and as a result, the finches’ beaks are changing shape.

An international team of bird ecology experts from Flinders University in South Australia and the University of California, Berkeley discovered that male finch mating calls are getting lower because of the damage to their beaks caused by the parasite Philornis downsi.

These calls are less appealing to female finches and finches are having a harder time mating and, more specifically, mating with birds of their species.

“In our newest research, we show that Darwin’s finch males whose nares have been deformed by the parasite had greater vocal deviation – which females didn’t like during mate choice – and had songs with lower maximum frequency,” said Sonia Kleindorfer, a lead author of the study.

The Philornis downsi larvae burrow into and feast on the beaks of the finches which can cause permanent structural damage and make the nostrils of the finch bigger, the researchers say.

Medium tree finches are critically endangered, but the infestation has altered the finches’ mating calls in such a way that the researchers found that their calls were indistinguishable from other finch songs.

“Given that small tree finch and medium tree finch are hybridised on Floreana Island, we suspect that this blurred species-signalling function of song may be partly to blame for the observed reverse speciation that is currently occurring,” said Katharina Peters, a co-author of the study.

The researchers detailed these findings in a study published in the journal Proceedings of the Royal Society B. The results show how harmful an invasive parasite can be in a protected ecosystem and biodiversity hotspot like the Galápagos Islands.