Is it a good idea to give a pet as a holiday gift? • Earth.com 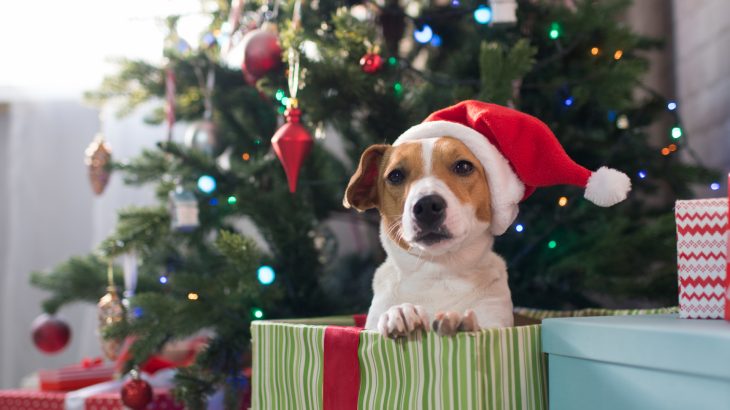 Is it a good idea to give a pet as a holiday gift?

With Thanksgiving behind us, holiday shopping is now in full effect, with many running to malls, local shops and the internet in search of the perfect present. For many people, it may seem like the perfect gift for a loved one would be an adorable new puppy or kitten. But giving a pet as a present is a controversial notion with some in the animal welfare field urging people to forgo the furry gifts altogether.

A pet can make a thoughtful and loving present that stays with the person for years to come. But therein lies the potential problem. When someone buys a pet as a surprise present for someone else, the recipient of the pet has not agreed to the years-long and financially burdensome commitment. While the present is well-intentioned, it may become taxing to the recipient.

Even for children, giving a pet as a present can become difficult if the child has not thought through the responsibilities involved with owning a pet. The young kitten who seems alluring curled under the tree on Christmas morning may become less appealing once it scratches the child or the child gets tasked with cleaning the litter box.

The issue of pets as presents becomes apparent when you examine rabbits bought during Easter time. Shortly after Easter, many shelters and rescues experience hikes in the number of rabbits relinquished. Rabbits can make difficult pets for the unprepared household. As prey animals, they will run in fear at the sight of danger and prefer not to be picked up by humans. The child may become bored with the skittish animal and the parents overwhelmed with all the care the rabbit needs.

According to a National Geographic article on this issue, one rabbit rescue group stated they normally receive one to two calls a week about abandoned rabbits but six weeks after Easter they receive three to four calls a day.

Because of the risk of relinquishment, some animal rescues will not allow their animals to be adopted out as presents. But the ASPCA does not see any reason to prohibit this.

“There really is just no data to support that we should be denying the adoption of a dog or cat to person one who wants to gift a pet to a loved one,” their website states.

Similarly, a 1999 study which examined the reasons for the relinquishment of companion animals in the U.S. found that only 0.3% of dogs and 0.4% of cats were surrendered because they were an “unwanted gift”.

So, should you give pets as presents? The ASPCA says, “The ASPCA recommends the giving of pets as gifts only to people who have expressed a sustained interest in owning one, and the ability to care for it responsibly….If the recipient is under 12 years old, the child’s parents should be ready and eager to assume care for the animal. If the gift is a surprise, the gift-giver should be aware of the recipient’s lifestyle and schedule—enough to know that the recipient has the time and means be a responsible owner.”

The problem with giving a pet as a present does not seem to be the idea of “gifting” an animal, but rather the potential lack of preparedness from the recipient. As seen with rabbits adopted around Easter time, if the proper research and forethought is not put into the decision the animal could end up relinquished to a shelter once the novelty wears off.

This holiday season, if you want to give your loved ones a doe-eyed puppy with a bow wrapped around his neck, first have a conversation with them about whether they are prepared for the commitment.