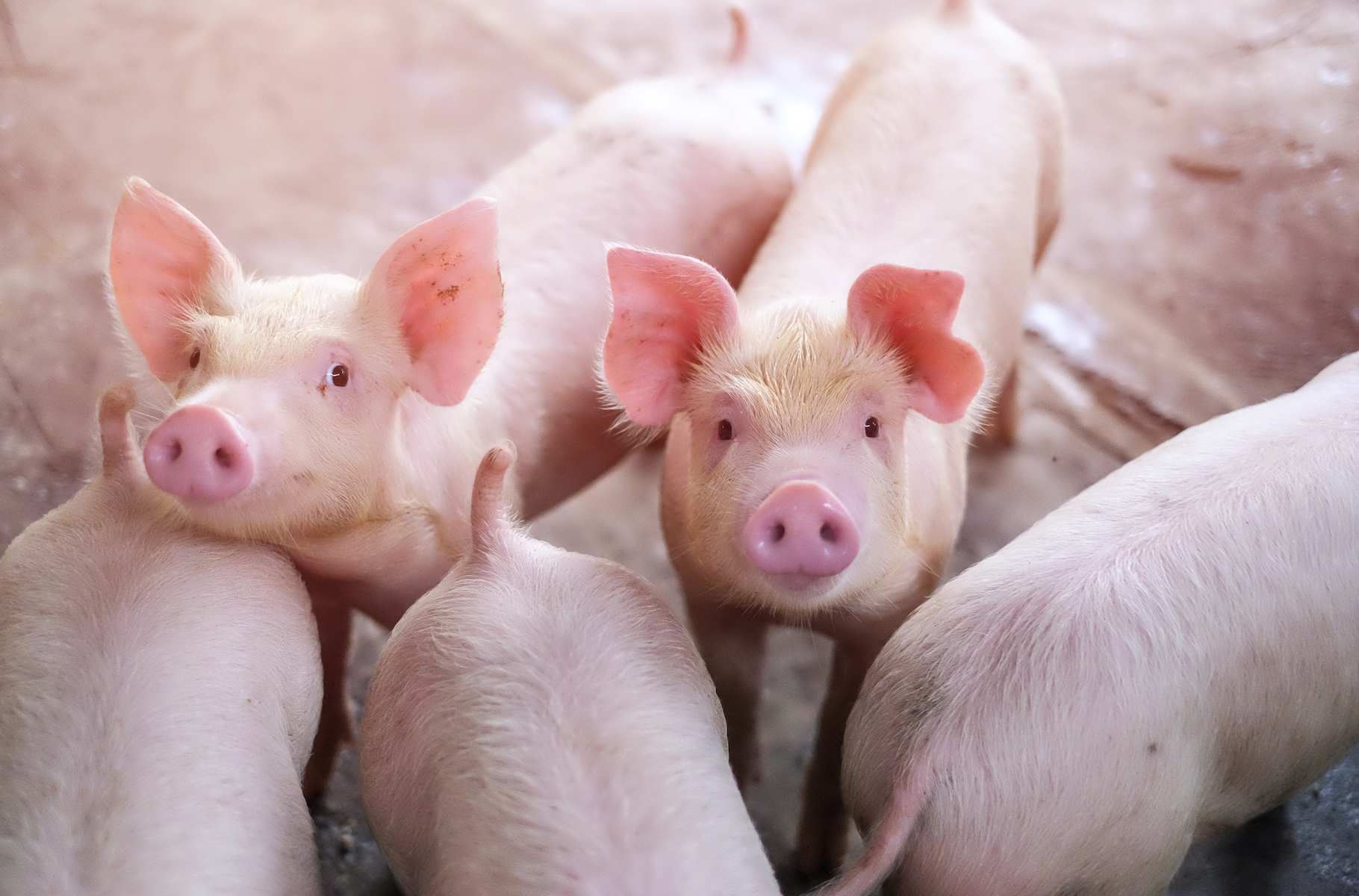 Pigs can recognize human faces using our mouths and noses

While we may often think of dogs or dolphins when it comes to intelligent animals, the pig is a species that is usually overlooked. In fact, some scientists believe that pigs are actually more intelligent than dogs or cats, and they’ve been shown to have great long-term memories and an innate ability to learn tricks.

In one of the most recent studies of swine intelligence, researchers at the Messerlie Research Institute in Austria trained two groups of pigs to recognize whether they were looking at the front or back of a person’s head. The results of the study lead the authors to believe that pigs have a better visual-based memory and intelligence than previous studies suggest.

The pigs were shown the front and back of a human head through photos on a computer screen, and received a food reward if they chose either the front or the back view – depending on the group they were assigned. The two groups of pigs were then shown either 16 new faces or 16 new pictures of the back of people’s heads. They were then shown altered versions of the photos to ensure that they weren’t just remembering specific details of each image.

The researchers found that these animals mastered this task with no decrease in performance, which suggests that the pigs used a general concept of the view of either the front or back of heads. Because this visual concept was formed through training, it shows that the pigs did not simply store the pictures in their memory.

“In this test, comprising a total of 80 tasks, we reviewed the spontaneous discrimination of the pictures to provide clues as to the visual concepts formed during training,” says Dr. Ludwig Huber, a coauthor on the study. They found that “back group” pigs were able to make the correct first choice in over 80 percent of combinations shown, while the “front group” chose the correct photo only 50 percent of the time. The authors believe this may indicate that both groups base their decision on certain features.

“Especially those animals that were trained to choose the back view might have memorized the eyes as a distinguishing feature and therefore chose the other picture,” says Huber.

Ultimately, this study shows that pigs do have visual discrimination abilities – contrary to what other studies have found – and Huber believes it shows that they also manage open-ended categorization. And because the pigs displayed noticeably different preferences to the discriminatory cues they used, this indicates a flexible, individual approach to solving these tasks.