New discovery could pave the way for a plant-based plastic substitute • Earth.com 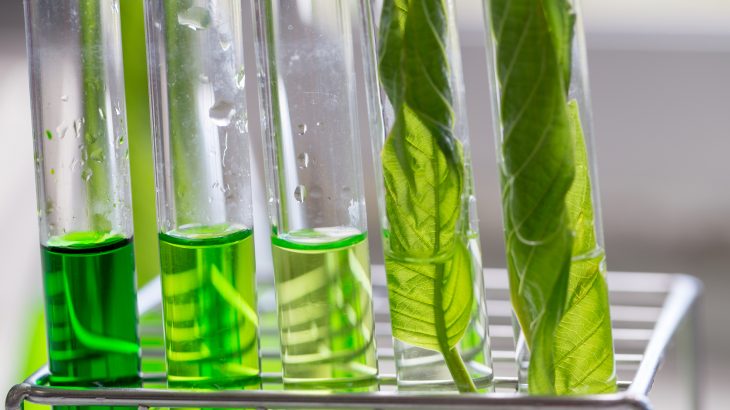 A genetically engineered microbe could be used to break down woody plant material and create a biodegradable alternative for plastic.

Finding environmentally friendly alternatives to plastic is a mission taken on by a number of research teams, and the focus of these endeavors is typically the sugars and cellulose in plant cell walls.

But while researchers have been able to break down plant materials and extract sugars, an abundant polymer called lignin is stripped away in the process. Lignin is so abundant and carries such little value that it’s typically just burned during manufacturing processes.

If this lignin could be broken down and utilized efficiently, it could be used to make durable materials that could replace plastic. Unfortunately, the molecule is large, complex, and challenging to break down, and so it has been long overlooked until now.

Researchers from the University of Madison-Wisconsin discovered that a microbe called Novosphingobium aromaticivorans efficiently digests the different components of lignin and produces smaller aromatic hydrocarbons in the process.

A study detailing how the bacterium breaks down lignin and potential future implications for the microbe was published in the journal Green Chemistry.

“Other microbes tried before may be able to digest a few types of aromatics found in lignin,” said Miguel Perez, the lead author of the study. “When we met this microbe, it was already good at degrading a wide range of compounds. That makes this microbe very promising.”

As Novosphingobium aromaticivorans digests lignin, it produces pyrone-4,6-dicarboxylic acid,  also known as PDC. The researchers found that by removing three genes from the microbe, they could expedite the PDC process.

Bioengineers are already using PDC in Japan as a plastic replacement, but the difficult extraction process has kept lignin from being used over a wide scale.

Now, the researchers say that the microbe could make PDC production at the industrial level a real possibility.