The polar vortex isn’t going away soon and is becoming more common • Earth.com 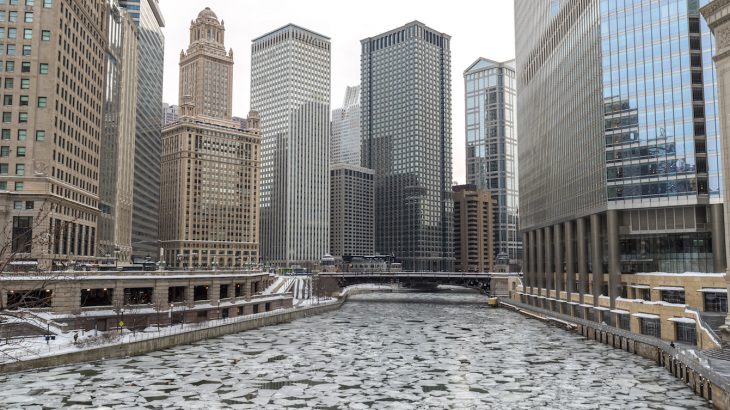 As the midwestern United States braces for record-breaking freezing temperatures and wind chill over the next few days, climate experts say that unstable polar vortexes are becoming more and more common.

First coined by meteorologists on social media in 2014, the term polar vortex was used to describe a severe cold snap that blanketed the city of Chicago in temperatures as low as minus 16 degrees Fahrenheit.

This new bout of frigid temperatures is predicted to be even worse than the cold snap five years ago.

While some people mistake severe cold bouts like those that come from a polar vortex as proof positive that global warming isn’t real, it’s important to look at precisely what is happening with a polar vortex and why air temperatures drop the way they do.

A polar vortex is the result of a blast of warm air in the Arctic. It may seem counterintuitive, but as temperatures rise in the Arctic, sudden stratospheric warming airflow over the Arctic is disrupted and broken up.

Pieces of the polar vortex then are free to wander, and as that air makes its way over North America, temperatures plummet.

The current polar vortex across the midwest was caused by displaced Moroccan heat, according to the Associated Press. Over the North Pole, temperatures rapidly rose by about 125 degrees.

Wednesday morning, one of the wandering pieces of the polar vortex will cover the US, and in parts of the Midwest, temperatures could drop to 21 degrees below zero and minus 65-degree windchill, according to the National Weather Service.

“The impacts from this split, we have a ways to go. It’s not the end of the movie yet,” Judah Cohen, a winter storm expert told the Associated Press. “I think at a minimum, we’re looking at mid-February, possibly through mid-March.”

The weakening of the polar vortex is also occurring more often in recent years than in previous decades. A weaker vortex means a higher likelihood of extreme bouts of cold weather.

Whether or not the current weakening vortex is related to climate change is a complicated question to answer, but one thing for sure is that that extreme weather events like icy cold snaps and severe heat waves have become more frequent as of late.

“This symptom of global warming is counterintuitive for those in the cross-hairs of these extreme cold spells,” Jennifer Francis, a climate scientist at the Woods Hole Research Center said in an email. “But these events provide an excellent opportunity to help the public understand some of the ‘interesting’ ways that climate change will unfold.”