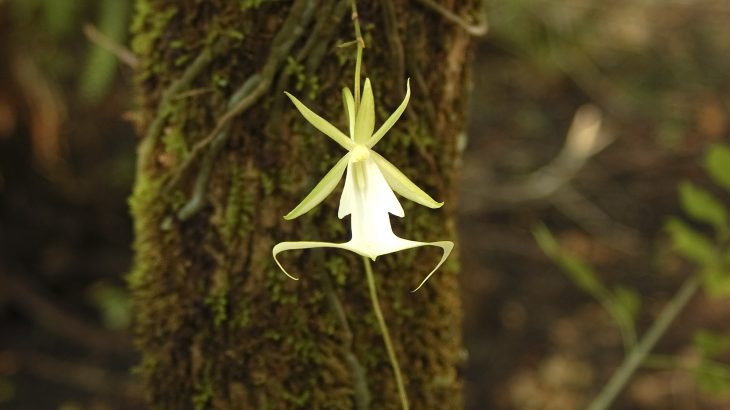 Orchids are one of the most fascinating groups of plants. It’s no surprise, as orchids are beautiful with complex flowers that are a bit more exotic than well known European roses or daisies. Orchids are the realm of fanaticism for many as books like The Orchid Thief. Charles Darwin even wrote a treatise on the pollination of orchids after his famous book On the Origin of Species.

People collect orchids, and there are even orchid shows where people gather from all over the world to buy rare orchids or new hybrids. The Orchid Society reports that the international market in orchids passed the billion dollar per year mark in 2010. With humanity’s well documented love affair with orchids, it’s easy to imagine that most details of orchid biology are already well known. But of course, this isn’t the case.

Science reported in 2015 that there are more than 25,000 species of orchid, making it the largest group of plant, making up approximately 8% of vascular plants as a whole. The first orchids seemed to evolve about 112 million years ago, a long time ago in terms of flowering, vascular plants but relatively young in terms of life on Earth as a whole.

In the amount of time orchids have been around, they’ve evolved numerous contrivances to trick insects and other animals into pollinating for them. Australian Tongue orchids of the genus Cryptostylis have structures on their flowers that mimic female wasps, to the point that male wasps will mate with them. After mating with a couple of the flower dummy wasps, the plant has been pollinated at the expense of confused male wasps.

Other orchids mimic the smell of female wasps, which cause males to pollinate them on frustrating searches for a mate. In other cases, bees actively use specific orchid scents as a sort of cologne, Cool Green Science reports. Some orchid pollinations have remained mysterious for long periods of time, despite fascination with the group among both scientists and lay people.

The US Forest Service reports that star orchids of the genus Angraecum in Madagascar were long held as a mystery. Charles Darwin knew that the flowers on the star orchids had nectar spurs over a foot long. Darwin was ridiculed in his day by scientists when he suggested that a large moth with a proboscis over a foot long pollinated the flower. But Darwin’s prediction was proven true after a moth with such a long proboscis was discovered after his death.

Major discoveries about orchids often go unmade because of the challenging field conditions necessary to observe them in the wild. Orchid diversity is highest in the tropics and subtropics, from mountains in South America to the swamps of the American southeast, orchids often live in rugged environs and can be challenging to cultivate in a lab or greenhouse.

The ghost orchid (Dendrophylax lindenii) not only has a mysterious name, but has also been a very mysterious plant until recently when one of its secrets was revealed. Ghost orchids are native to Florida and Cuba, and often live deep within in swampland. About 25% of Florida’s ghost orchids live in Florida Panther National Wildlife Refuge, north of the more famous Everglades.

One unusual trait is that the orchid has no leaves, so much of its photosynthesis occurs in the exposed roots. When not flowering, the ghost orchid is rather unimpressive but it’s also a challenge to grow. University of Florida reports that efforts to grow the rare orchid in greenhouses took four years of effort before success. The ghost orchid is now grown by researchers to bolster populations of the plant in the wild but to thrive outside the lab, orchids require pollinators in their native habitats as well.

The giant sphinx moth (Cocytius antaeus) is a large insect with 5 to 7 inch wing span, living at the northern part of its range in Florida and occasionally other parts of the southern US. The moth lives through the American tropics into Brazil and Peru. The giant sphinx moth is one of the main pollinators of the ghost orchid. With a proboscis twice the length of the large moth’s body, the insect is a perfect match for flowers containing deep wells of nectar. Until recently, it was thought that the giant sphinx moth was actually the only pollinator of the ghost orchid.

The fact that it has taken so long for researchers to verify pollination of the ghost orchid by other moths only shows the hardships and logistical problems involved in researching the unique plant. The orchid is not only rare, and lives in swamps with alligators, bears, panthers and venomous snakes, but it also sometimes is located high in trees, requiring climbing to access. Accessibility doesn’t seem to be a problem for the moths pollinating the ghost orchid though, and the more pollinators visiting the endangered plant, the better.