Poppy flowers are bright and splashy – here's why • Earth.com 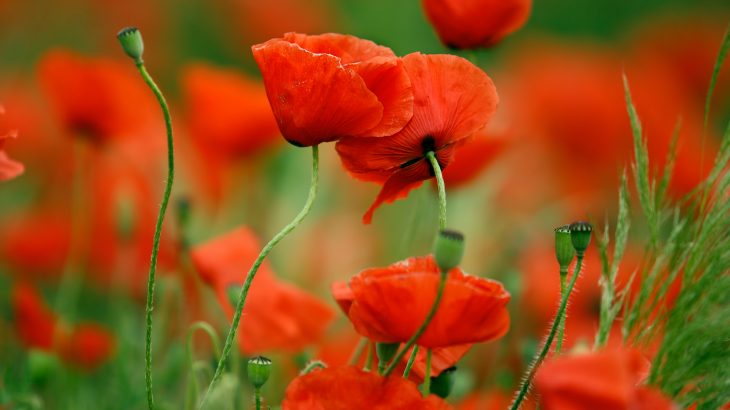 Poppy flowers are bright and splashy – here’s why

Poppy flowers grow in splashy, stunning reds, yellows, oranges and even white – but with their thin petals, how do they manage to be so bright?

Dr. Casper van der Kooi and Dr. Doekele Stavenga of the University of Groningen set out to crack the code, using microscopy and mathematical modeling. They got an inside look at how light interacts with the super-thin petals of poppy flowers to create their vibrant colors.

Poppy petals are made up of just three layers of cells, but that doesn’t dim their colors.

“The common poppy is an extreme case. It has very thin petals that nevertheless cause a very high scattering of light. Poppies also contain high concentrations of pigments,” van der Kooi said.

The researchers collected a selection of petals from a variety of poppy species, then studied their structures. What they found was surprising: the color is only found in the outer two layers of cells, not the middle layer. Additionally, the outer cells were oddly shaped.

“This creates many air-filled gaps between the cells, which cause the reflection of light on the cell/air boundary,” van der Kooi said.

Despite that, the petals contain an enormous amount of pigment. In fact, the black markings in the center of some red poppy flowers isn’t black at all – it’s super-saturated red.

“They are among the highest concentrations that I have ever measured in any flower,” van der Kooi said.

“Moreover, previous studies have shown that the black spots at the heart of some poppies mimic the presence of a female beetle. This is a way for the flowers to attract male beetles. A case of sexual mimicry, as occurs in other plants such as orchids,” van der Kooi said.

The study has been published in Journal of Comparative Physiology A.