Why you should choose your post-workout snack early • Earth.com 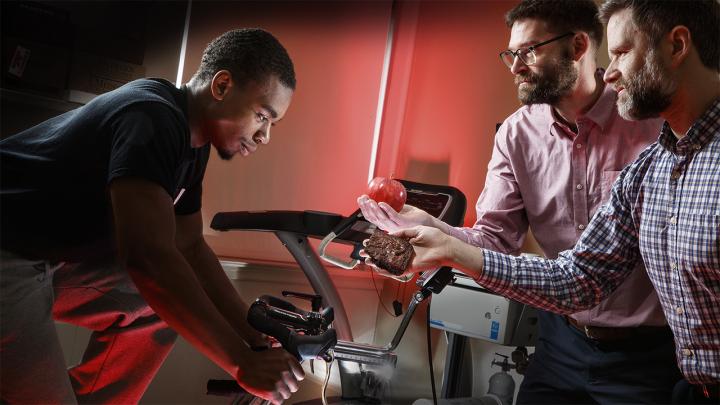 Why you should choose your post-workout snack early

Ever wrap up a spin class or beat your personal best leg day record and go to grab a healthy post-workout snack – only to end up with a couple cookies instead?

Whether you stick to a healthy choice or add back on some of those calories you just burned can come down to when you choose your snack, a new study has discovered.

A team of researchers from the University of Nebraska-Lincoln wanted to learn more about exercise participants’ post-workout snack choices.

“We found that there was very little research on this very tangible thing that I think everyone can relate to,” said Dr. Karston Koehler, an assistant professor of nutrition and health at the university.

Led by Koehler and Dr. Christopher Gustafson, the team split study participants into two groups. Both groups were told that they would be exercising to help calibrate some equipment. One group was told they could choose a post-workout snack before their exercise session, with the options being an apple and a brownie. The second group was not offered the choice until after their workout.

“If your goal is to lose weight, then I would say our findings support that you’re better off making the choice … not when you’re hungry after your workout, but instead before you go to the gym,” Koehler said.

The study aligns with research that shows meal planners tend to indulge less in junk food in general – not just during their post-workout snack.

“Our study conformed very closely to the ideas in behavioral economics about this present-biased preference (for unhealthier options),” said Gustafson, an assistant professor in agricultural economics. “Using solely that model, I would’ve predicted that people would be more likely to choose the healthy snack when choosing before they exercise.”

The study also found evidence of both compensatory eating – cravings for more calorie-dense foods after exercising – and exercise-induced anorexia. The number of participants who chose the brownie rose in the post-exercise group, but so did the number of people who didn’t want a snack at all.

The study has been published in the journal Nutrients.