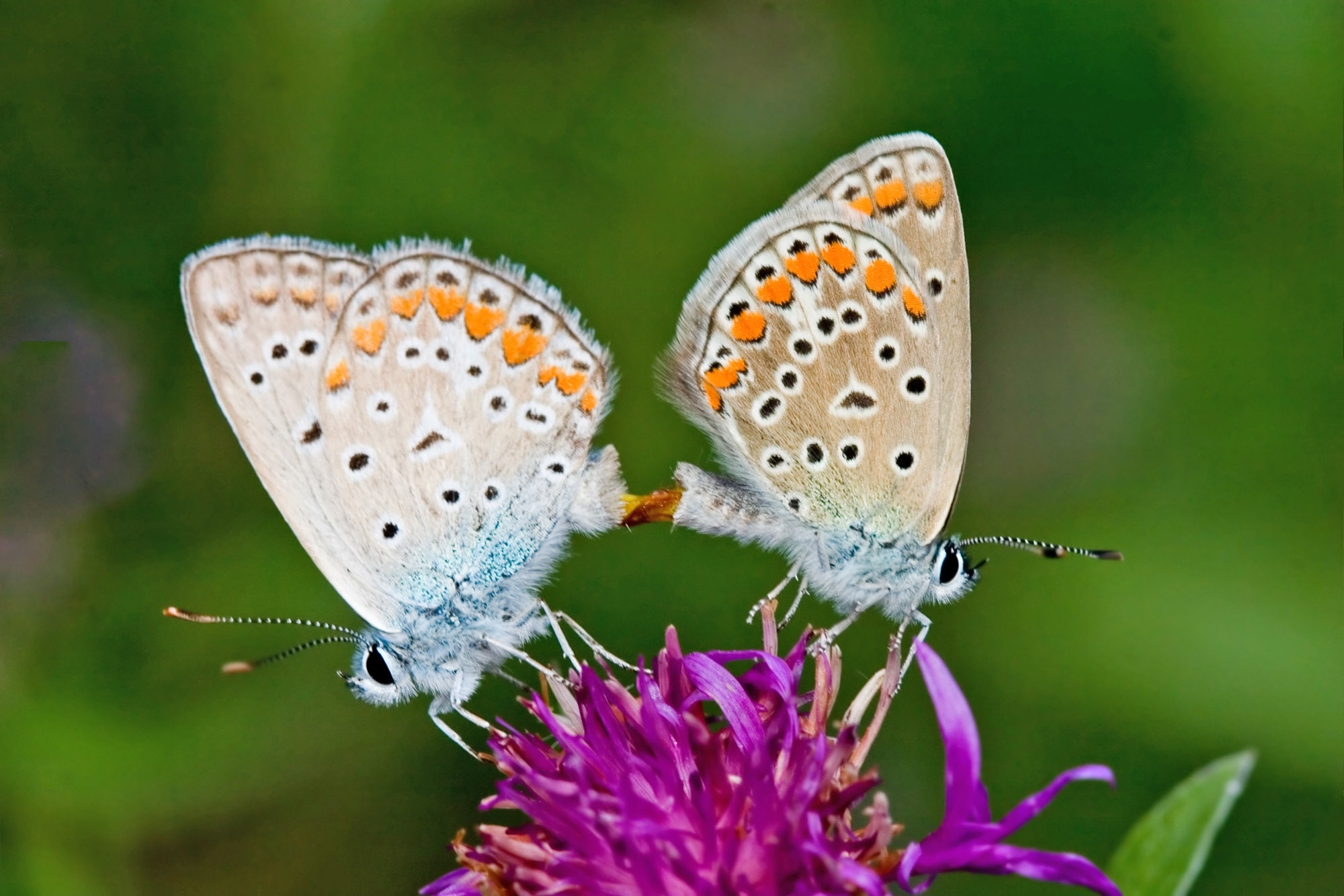 Promiscuous female butterflies can control which male fertilizes their eggs

A new study published in the scientific journal Biology Letters reports that promiscuous female butterflies and moths may be able to choose which male fertilizes their eggs. Researchers Dr. Graziella Iossa and Dr. Paul Eady from the University of Lincoln examined the eggs of 56 species from different families of butterflies and moths. Their findings show that the eggs of some species vary to give females control over the paternity of their offspring.

In most insects, sperm fertilizes the egg through small openings in the outer surface of the eggs which allow sperm to enter. These openings are called micropyles, and there is considerable variation in the location, arrangement, and number of micropyles within and between insect species.

In the group of female butterflies and moths that the researchers studied, they found that sperm from several different males can enter the egg via multiple micropyles, but only one ends up fusing with the female pronucleus. They believe that this process allows for the possibility of mate choice within an egg cell. Dr. Iossa states that they “therefore concluded that the presence of multiple micropyles increases the opportunity for post-copulatory choice about which sperm fertilizes the egg.”

Both researchers believe this is the first study to show that micropylar variation is driven by female promiscuity. Therefore, the more micropyles the egg has, the more choice the butterfly or moth has over which male fertilizes their offspring.

It is also possible that an increased number of micropyles in the surface of an egg is an advantageous anatomical design for when mating competition is high and sperm numbers are limited.

This unique study furthers our understanding of the relationship between female mating patterns and the number of micropyles in her eggs, and gives us a deeper look into female choice in butterfly and moth mating habits.