Poll: Public trust in scientists is on the rise, but political divides continue • Earth.com 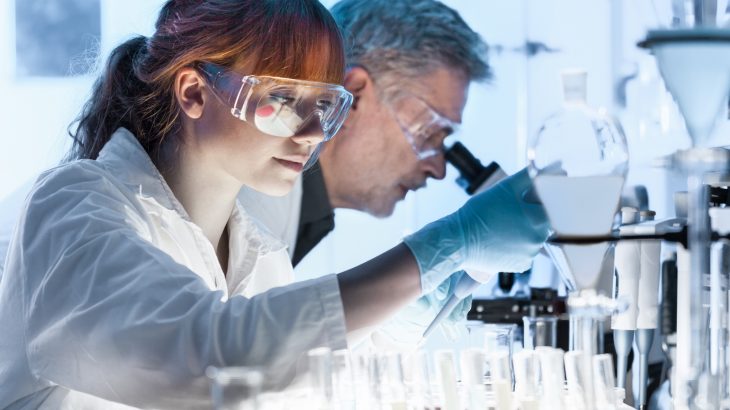 Poll: Public trust in scientists is on the rise, but political divides continue

The recent rise of anti-vaxxers and flat Earthers, along with politicians who despite scientific evidence proving the realities of climate change, have many wondering if public trust in scientists is on the decline.

Americans continue to put their trust in scientific research, but political divides persist when it comes to the role that scientists should play in informing public policy.

A new poll conducted by the Pew Research Center shows that trust and confidence in scientists in the US is on the rise.

In fact, Americans have as much faith in scientists as they do in the military, according to the survey. Scientists are viewed as more reliable than the media and even elected officials.

Republicans and Democrats differ in the amount of trust they place in scientists, especially in terms of environmental studies and conservation.

4,464 adults took part in the survey in January 2019. The poll asked questions about trust in scientists, how often scientists can be counted on to perform a job competently, and if scientists present findings fairly and accurately.

86 percent of the participants reported a “fair amount” of confidence in scientists to act in the public interest.

Democrats were more likely to admit having a “great deal” of confidence in scientists compared to Republicans. 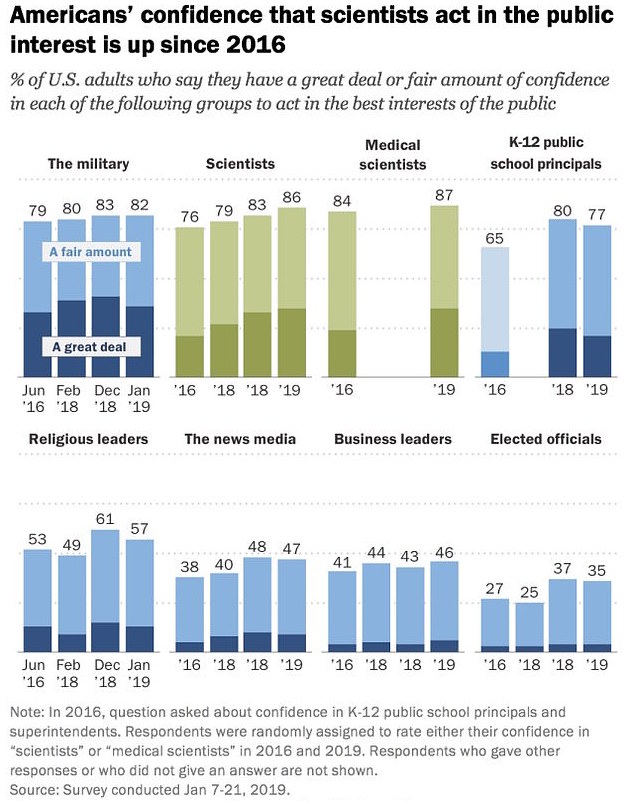 When it came to how much influence scientific experts should have in policy decisions, Democrats were more likely to put their trust in an expert and want scientists involved in policy debates.

56 percent of Republicans, on the other hand, said that scientists should be kept out of policy debates.

“The Center’s new survey highlights the degree to which the public values scientific expertise and how those perceptions are sometimes shaped by the crosscurrents of politics as well as familiarity with scientists and their work,” the Pew Research Center’s study authors wrote.

More specifically, it shines a spotlight on trust and potential sources of mistrust connected with scientists who work in three fields: medicine, nutrition and the environment.

Even though trust in scientists is increasing, most of the survey responders had misgivings about transparency and accountability. Only 2 in 10 Americans say that scientists are open about conflicts of interest.