Rare crayfish rediscovered in a cave in Huntsville • Earth.com 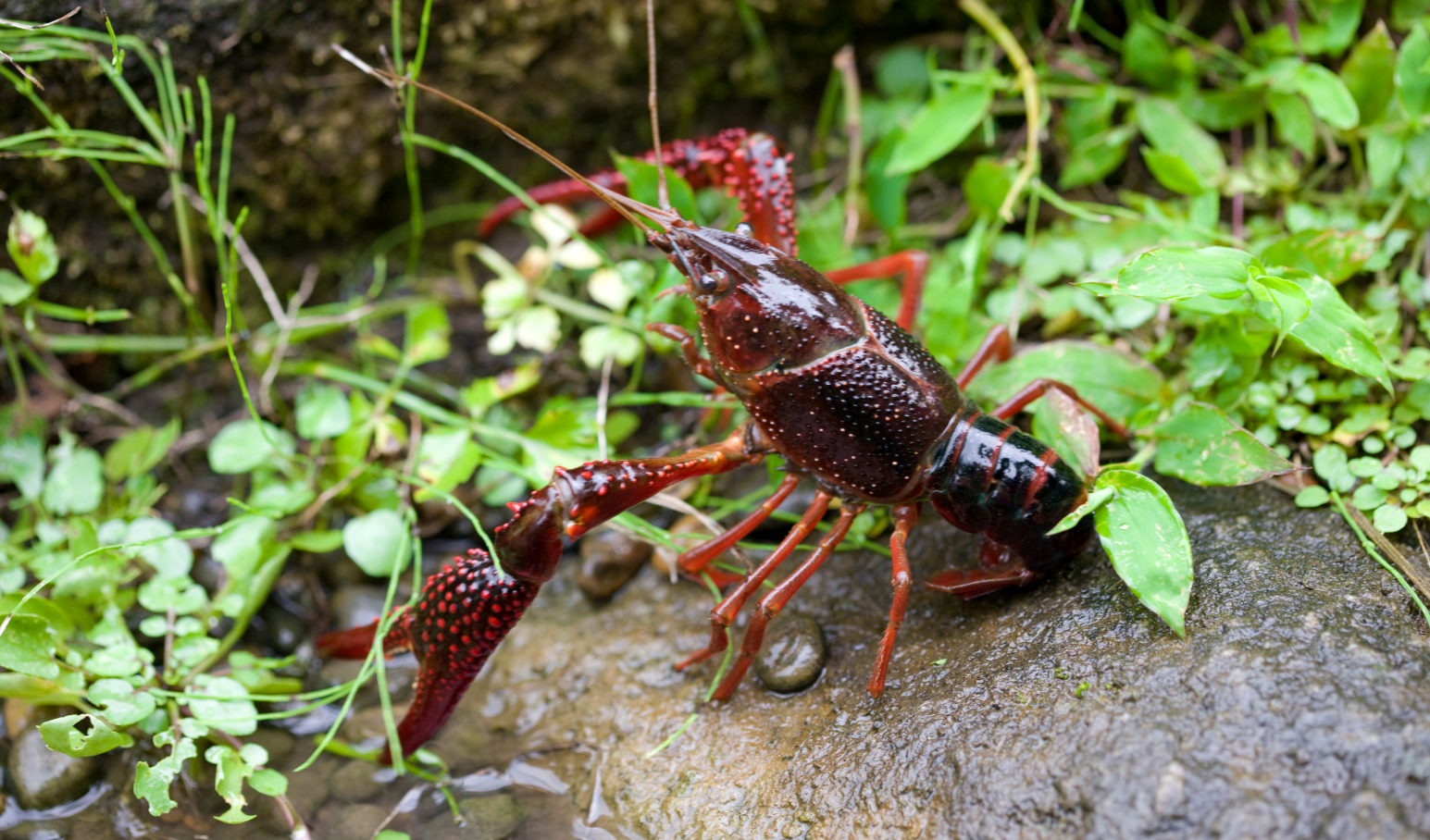 Rare crayfish rediscovered in a cave in Huntsville

The Shelta Cave crayfish, (Orconectes sheltae) is a small crayfish living in a cave owned and managed by the National Speleological Society (NSS), whose headquarters are next door. The Shelta Cave crayfish was first studied in the 1960’s by Dr. John Cooper, a biologist and member of the NSS who used the research as part of his dissertation.

“The crayfish is only a couple of inches long with diminutive pincers that are called chelae,” explained Dr. Matthew L. Niemiller of the University of Alabama Huntsville. “Interestingly, the crayfish has been known to cave biologists since the early 1960s but was not formally described until 1997 by the late Dr. John Cooper and his wife Martha.”

The cave was once a place of crayfish diversity with at least three species of crayfish alone and a total of twelve cave dependent species all together. “No other cave system to date in the U.S. has more documented cave crayfishes co-occurring with each other,” said Dr. Niemiller.

Unfortunately, this crayfish’s paradise wasn’t to last. The NSS installed a bat gate, usually a device that keeps people out but allows bats to move freely in the 1970’s.

“The initial design of the gate was not bat friendly, and the bats ultimately vacated the cave system,” said Dr. Niemiller. “Coupled with groundwater pollution and perhaps other stressors, that all may have led to a perfect storm resulting in the collapse of the aquatic cave ecosystem.”

The Shelta Cave crayfish was always rare and after the crash scientists couldn’t find the rare animal. Now, Dr. Niemiller and his team found the rare crayfish where it’s always been in Shelta Cave.

“To the best of our knowledge, only 115 individuals had been confirmed from 1963 through 1975. Since then, only three have been confirmed – one in 1988 and the two individuals we report in 2019 and 2020,” said Dr. Niemiller, “After a couple of decades of no confirmed sightings and the documented dramatic decline of other aquatic cave life at Shelta Cave, it was feared by some, including myself, that the crayfish might now be extinct.”

The news that the Shelta Cave crayfish is still alive is undoubtedly good but it points to its precarious position, dependent on groundwater below an urban area. The crayfish will only survive so long as groundwater is clean and abundant, something very much controlled by humans above.

The Shelta Cave crayfish is not alone either, there are many species dependent on caves and some living in only one cave in the US. These ecosystems below us are easily overlooked, below our feet are entire worlds of life and geology hanging on the balance of our decisions.

The study is published in the journal Subterranean Biology.