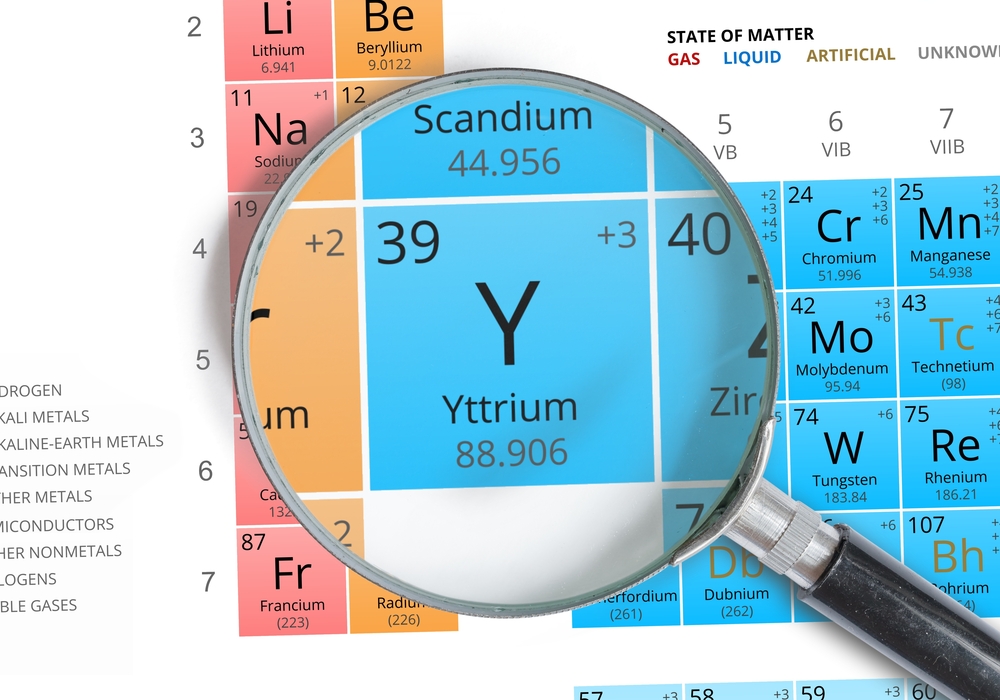 Rare earth elements are vital to modern technology. Metals like yttrium, terbium and europium are essential for creating high-tech items like smartphones, tablets, televisions and computers.

A new deposit of the important materials has been discovered off the coast of Japan, buried in deep-sea mud. Dubbed “REY-rich” – for “rare earth and yttrium” – the cache could provide enough materials to supply the world indefinitely, according to a study in the journal Scientific Reports.

“This REY-rich mud has great potential as a rare-earth metal resource because of the enormous amount available and its advantageous mineralogical features,” the researchers wrote.

Before the Japanese cache was discovered, the largest source of rare earth elements was in China. Tech producers have been reliant on the Chinese supply line, but new restrictions have caused the prices to rise sharply in recent years, and some manufacturers have faced shortages.

“Because of the ‘extremely high grade’ of the REY-rich mud found within the Japanese Minamitorishima EEZ, research on a development system and economic evaluations are ongoing through collaborations among members of industry, academia, and the government of Japan,” wrote the researchers from the University of Tokyo and the Japan Agency for Marine-Earth Science and Technology.

Despite their name, rare earth elements are not actually all that rare. However, in many locations where they’ve been discovered, extraction is difficult and dangerous.

The minerals in the Japanese treasure trove can be extracted from the deep-sea mud using a hydrocyclone separator. The researchers used geographical information system software to analyze the cache of rare earth elements, and believe that it could fulfill the world’s REY needs for the next several decades.

“The enormous resource amount and the effectiveness of the mineral processing are strong indicators that this new REY resource could be exploited in the near future,” the researchers wrote.

Now, Japan is working to develop a strategy for extracting the minerals.