Stunning image of a rare 'fog bow' snapped on the Scottish moors • Earth.com 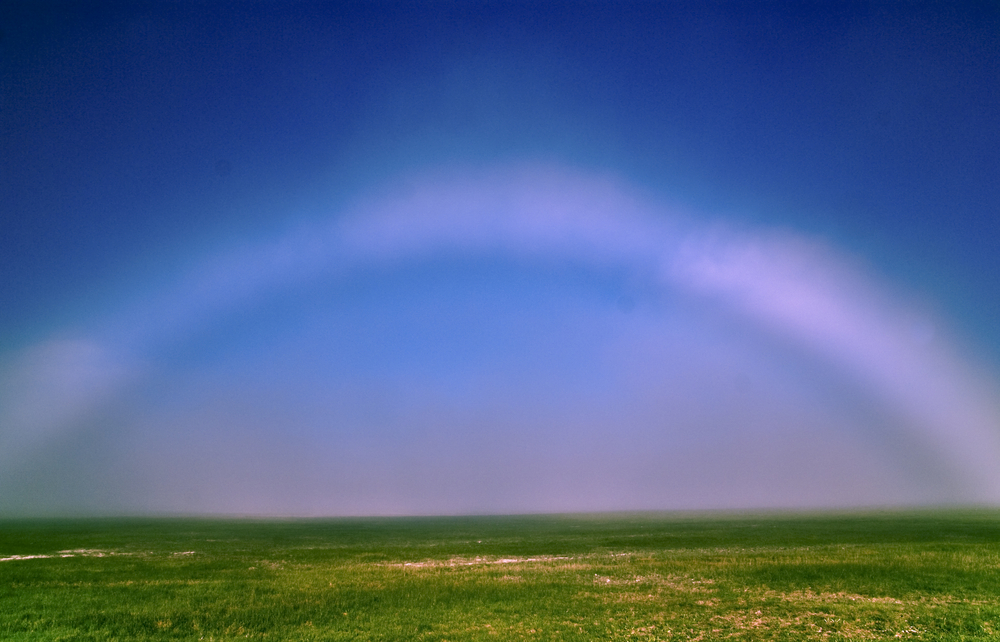 While traipsing across Rannoch Moor in Scotland on Sunday, Melvin Nicholson saw a rare sight: a “fog bow.”

Nicholson described spotting the white arc on the snowy moor as magical.

Like a rainbow, a fog bow is created when moisture in the air bends the sun’s light, causing us to see an arc made up of various colors in the sky.

But unlike a rainbow, a fog bow is colorless, because the droplets of water that make up fog are much smaller than those that make up rain. Some fog bows, also called cloudbows, have a red outer edge and blue inner edge, but most are completely white. The white light forms an arc through the air much like any other rainbow, however.

According to Nicholson, they can usually only be seen if the sun is behind you.

Although fog bows are relatively rare, Nicholson has joined the ranks of several Scottish photographers to catch a glimpse of one. Scotland is a wet country with relatively mild winters, ideal conditions for fog.

In some cases, they can form what appears to be a full circle instead of a standard rainbow’s arc, due to reflections.

Want to spot one for yourself? Fog bows always appear in the fog or mist, and usually when the sun is bright and high in the sky. They do sometimes appear at night, if light from the moon is very bright. A thin fog is best, and they’re often spotted over the ocean.