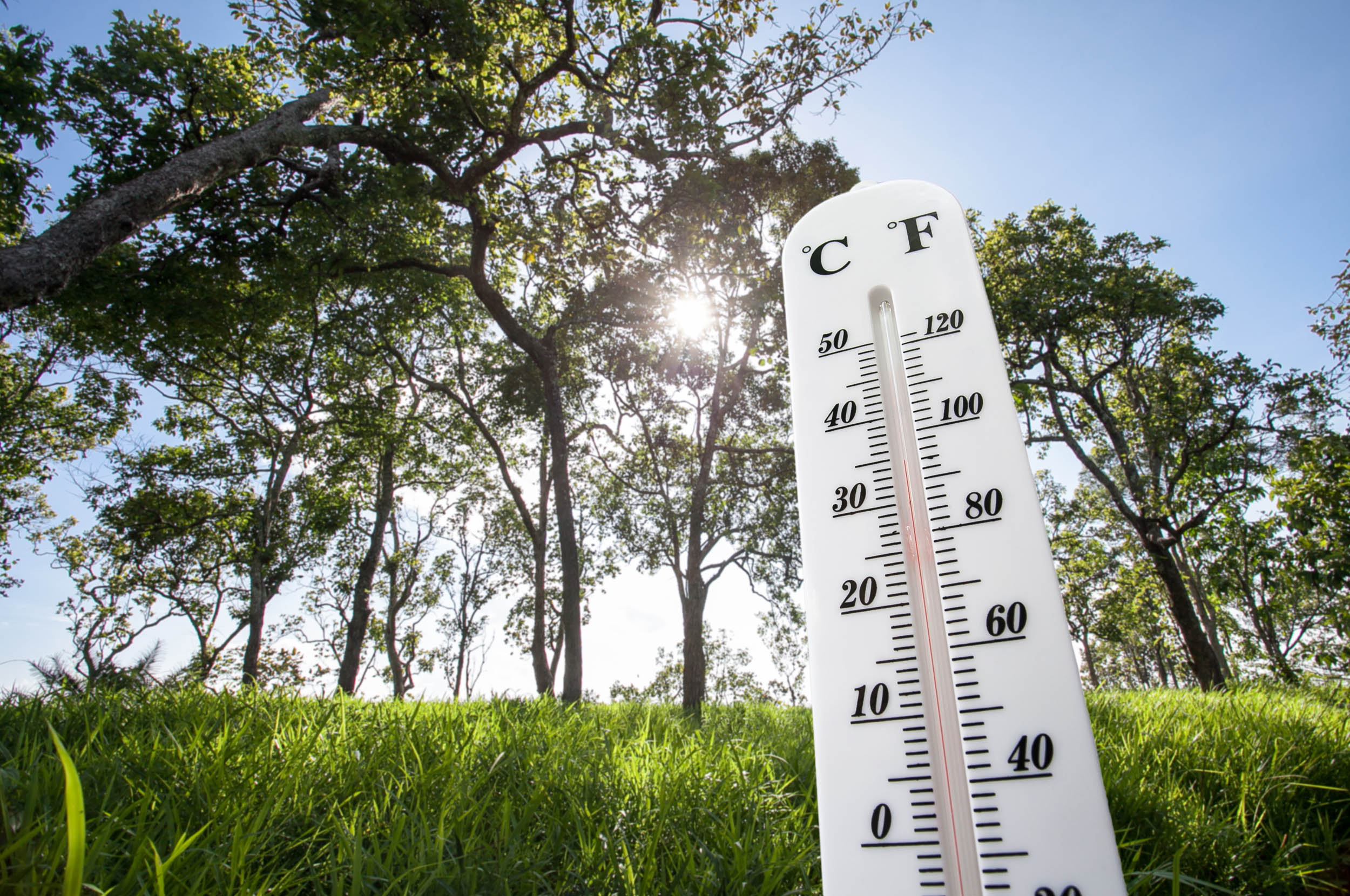 According to climate scientists, if greenhouse gas emissions continue polluting the atmosphere at the current pace, Americans later this century will have to endure, on average, about 15 daily record high temperatures for every time that the mercury notches a record low.

That ratio of record high temperatures to record lows may turn out to be much higher if the pace of emissions increases and produces even more warming, according to the study led by scientists at the National Center for Atmospheric Research (NCAR).

“More and more frequently, climate change will affect Americans with record-setting heat,” said NCAR senior scientist Gerald Meehl, lead author of the new paper. “An increase in average temperatures of a few degrees may not seem like much, but it correlates with a noticeable increase in days that are hotter than any in the record, and nights that will remain warmer than we’ve ever experienced in the past.”

The 15-to-1 ratio of record highs to lows is based on temperatures across the continental United States increasing by slightly more than 3 degrees Celsius (5.4 degrees Fahrenheit) above recent years, which is about the amount of warming expected to occur with the current pace of greenhouse gas emissions.

Over the last decade, in contrast, the ratio of record high temperatures to record lows has averaged about two to one.

The new research appears next week in the “Proceedings of the National Academy of Sciences.” It was funded by the Department of Energy (DOE) and the National Science Foundation (NSF), which is NCAR’s sponsor. The study was co-authored by NCAR scientist Claudia Tebaldi and by Dennis Adams-Smith, a scientist previously at Climate Central and now at the National Oceanic and Atmospheric Administration’s Geophysical Fluid Dynamics Laboratory.

In a 2009 study, Meehl and colleagues found that the ratio of record daily high temperatures to record daily low temperatures has steadily increased since the 1970s as average temperatures over the United States have warmed. Computer models at that time indicated that the ratio could continue to increase during this century, although the research team looked into just one scenario of future emissions. The scientists also found that the models were overstating the ratio of record highs to record lows in recent years compared to observations.

By digging further into the issue and analyzing why the models differed from observations, Meehl and his co-authors have now produced a better calibrated projection of future record-breaking daily highs across the U.S. They based their projections on the average temperature increase over the continental United States, rather than on a particular scenario of future emissions.

By about 2065, for example, U.S. temperatures will rise by an average of slightly more than 3 degrees C (5.4 degrees F) if society maintains a “business as usual” increase in the emission of greenhouse gases. Under such a scenario, the ratio of record daily high temperatures to record daily lows will likely be about 15 to 1, although it could range anywhere from 7 to 1 up to 22 to 1, the study found.

If temperatures increase even more this century, the ratio of record highs to record lows will jump substantially. For example, if temperatures climb more than 4 degrees C (7.2 degrees F), Americans could experience about 38 record highs for every record low. Such an outcome could occur if society does not make any efforts to mitigate the production of greenhouse gases.

“Every degree of warming makes a substantial amount of difference, with the ratio of record highs to record lows becoming much greater,” Meehl said. “Even with much warmer temperatures on average, we will still have winter and we will still get record cold temperatures, but the numbers of those will be really small compared to record high maximums.”

If temperatures were not warming, Meehl said, the ratio of record highs to record lows would average out to about one to one.

Instead, record high temperatures have already become a common occurrence in much of the country. The ratio of record highs to lows has averaged about 2 to 1 over the first decade of the 21st century, but there is considerable year-to-year variation. The ratio was about 5 to 1 in 2012, dropping to about 1 to 1 in 2013 and 2014, then almost 3 to 1 in 2015. The unusual warmth of 2016, resulting from both climate change and natural patterns such as El Niño, has led to 24,519 record daily maximums vs. 3,970 record daily minimums — a ratio of about 6 to 1.

Precipitation and the warm 1930s

A key part of the study involved pinpointing why the models in the 2009 study were simulating somewhat more daily record high maximum temperatures compared with recent observations, while there was good agreement between the models and the observed decreases in record low minimums. The authors focused on two sets of simulations conducted on the NCAR-based Community Climate System Model (version 4), which is funded by DOE and NSF and developed by climate scientists across the country.

Their analysis uncovered two reasons for the disparity between the computer models and observations.

First, the models tended to underestimate precipitation. Because the air is cooled by precipitation and resulting evapotranspiration — the release of moisture from the land and plants back to the atmosphere — the tendency of the computer models to create an overly dry environment led to more record high temperatures.

Second, the original study in 2009 only went back to the 1950s. For the new study, the research team also analyzed temperatures in the 1930s and 1940s, which is as far back as accurate recordkeeping will allow. Because the Dust Bowl days of the 1930s were unusually warm, with many record-setting high temperatures, the scientists found that it was more difficult in subsequent years to break those records even as temperatures warmed. However, even taking the warm 1930s into account, the model-simulated and observed ratio of record highs to record lows has been increasing.

“The steady increase in the record ratio is an immediate and stark reminder of how our temperatures have been shifting and continue to do so, reaching unprecedented highs and fewer record lows,” said Tebaldi. “These changes pose adaptation challenges to both human and natural systems. Only a substantial mitigation of greenhouse gas emissions may stop this increase, or at least slow down its pace.”