New breakthroughs made to recycle and upcycle used clothing • Earth.com 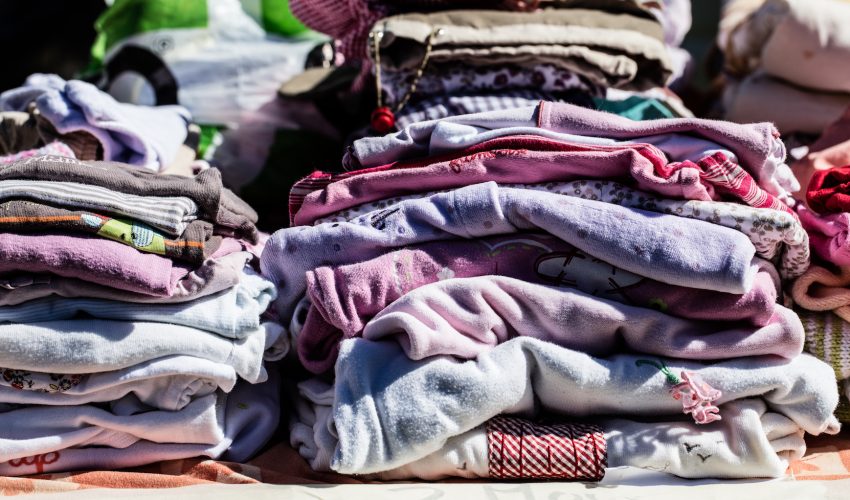 New breakthroughs made to recycle and upcycle used clothing

When we think about pollution, it’s not often that we consider our discarded clothing to be a significant source. However, pollution caused by the clothes we throw away – as well as by the process of making and dyeing clothes – contributes heavily to the release of carbon dioxide into the atmosphere.

Simone Haslinger, a doctoral candidate at Aalto University in Finland, explains that when it comes to used clothing, “a small amount might be recycled as cleaning rags, but the rest ends up in landfills, where it degrades and releases carbon dioxide, a major greenhouse gas.” Even though some clothes get recycled and in some cases are shredded and incorporated into carpets or other products, most end up as trash.

This issue has only increased in recent years as “fast fashion” – clothing affordable enough to be disposable – has become more popular than ever.

Luckily, scientists are now reporting new progress in the effort to recycle and even “upcycle” clothing. Upcycling refers to the reuse of a material in a product of increased quality or value, so that one-day a lowly t-shirt may become a stylish pair of boots.

“We want to not only recycle garments, but we want to really produce the best possible textiles, so that recycled fibers are even better than native fibers,” says Herbert Sixta, head of the biorefineries research group at Aalto University. But this process is complicated, as cotton and other fibers are often blended with polyester.

About five years ago, Sixta and his team discovered an ionic liquid that was able to dissolve cellulose from wood pulp, which produced a material they could spin into fibers. These fibers turned out to be an improvement on the industry standard for this process. The researchers were even able to dissolve cotton into a cellulose solution out of those tricky cotton-polyester blends.

“I could filter the polyester out after the cotton had dissolved,” said Haslinger. “Then it was possible without any more processing steps to spin fibers out of the cellulose solution, which could then be used to make clothes.” The next step for the researchers is to test whether or not the recovered polyester can also be spun back into usable fibers.

To become efficient, the process would need to be scaled up and steps for reusing dyes would be a necessary part of this endeavor – which would require a collaborative effort involving more than just these scientists.

Sixta explains: “We can handle the science, but we might not know what dye was used, for example, because it’s not labeled. You can’t just feed all the material into the same process. Industry and policymakers have to work on the logistics. With all the rubbish piling up, it is in everyone’s best interest to find a solution.”