Reservoirs are a major source of greenhouse gases • Earth.com 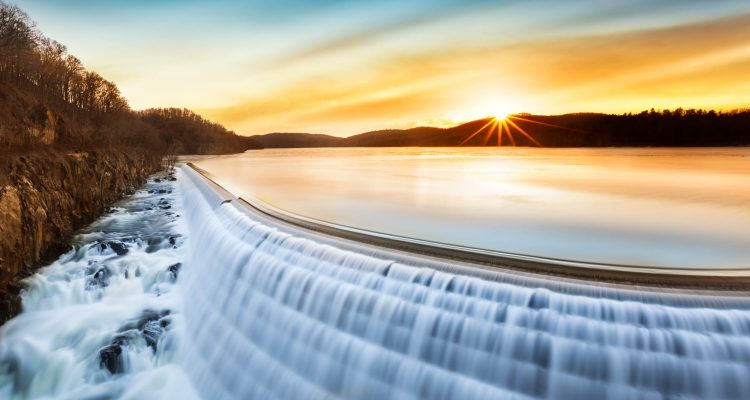 Reservoirs are a major source of greenhouse gases

Byadmin
Earth.com staff writer
Over 1 million dams exist worldwide. These structures have numerous environmental effects, and there is no shortage of research on the various ecological consequences of dams. However, the bulk of the research effort has been narrowly focused on river ecosystems. Writing in BioScience, Bridget R. Deemer of the School of the Environment at Washington State University Vancouver and an international team of researchers elucidate another major threat: the release of greenhouse gases from reservoirs.

Researchers first raised the possibility that dam-created reservoirs might significantly contribute to climate change some 16 years ago, but since then, efforts to pinpoint the severity of the effect have been hampered by a lack of data and inconsistent measurement techniques. Deemer and her colleagues embarked on a systematic effort to synthesize reservoir data, with three goals in mind: “(1) to generate a global estimate of greenhouse gas emissions from reservoirs, (2) to identify the best predictors of these emissions, and (3) to consider the effect of methodology on emission estimates.”

Their results were striking. The authors estimate a yearly release of 0.8 gigaton of carbon dioxide equivalent from reservoirs. This amounts to 1.3% of total human-caused greenhouse gas releases–a quantity that Deemer and her colleagues argue should be included in global inventories of human-caused greenhouse gas emissions. Furthermore, the authors caution: “with the current boom in global dam construction, reservoirs will represent an even larger fraction of anthropogenic carbon dioxide equivalent emissions in the coming years.”

Although it is unlikely that dam construction will soon abate, the authors point to possible ways to alleviate greenhouse gas releases. For instance, by siting dams upstream of large inputs of pollution, managers may be able to create reservoirs with lower emissions. According to the authors, such careful siting of new reservoirs, in combination with better management of existing ones, “may help balance the positive ecosystem services that reservoirs provide against the greenhouse gas emission costs.”

BioScience, published monthly by Oxford Journals, is the journal of the American Institute of Biological Sciences (AIBS). BioScience is a forum for integrating the life sciences that publishes commentary and peer-reviewed articles. The journal has been published since 1964. AIBS is a meta-level organization for professional scientific societies and organizations that are involved with biology. It represents nearly 160 member societies and organizations. Follow BioScience on Twitter @BioScienceAIBS.

Oxford Journals is a division of Oxford University Press. Oxford Journals publishes well over 300 academic and research journals covering a broad range of subject areas, two-thirds of which are published in collaboration with learned societies and other international organizations. The division been publishing journals for more than a century, and as part of the world’s oldest and largest university press, has more than 500 years of publishing expertise behind it. Follow Oxford Journals on Twitter @OxfordJournals.