Restoring canals found to be a cost-effective way to revive wetlands • Earth.com 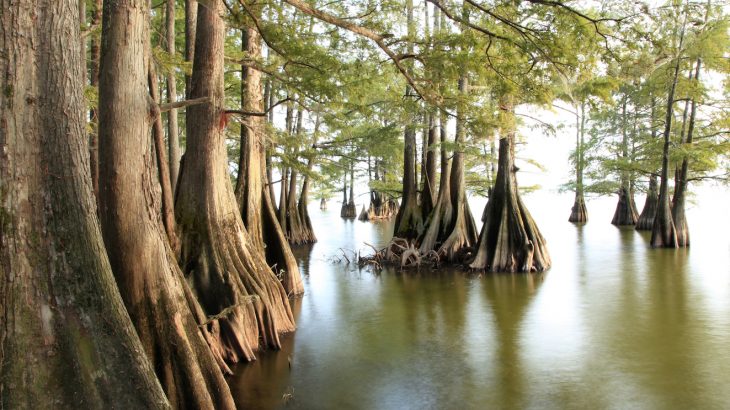 U.S. wetlands are rapidly disappearing, but researchers may have found a new solution for restoring degraded wetlands in Louisiana.

Wetlands can provide a buffer in flood-prone areas, filter out pollutants from watersheds, and protect coasts from erosion. Many endangered and threatened species also live in wetland habitats.

Louisiana is undergoing some of the most staggering rates of wetland erosion in the country, and the United States Geological Survey reports that around 75 square kilometers of wetlands in Louisiana are lost every year.

Now, in a new study, researchers from Louisiana State University have found a cost-effective method for restoring wetlands by filling in abandoned canals that were dredged for oil and gas mining.

The solution lies in the thousands of feet of spoil banks created by oil and gas companies that dredged channels in Louisiana’s wetlands and marshes so that boats could move freely in and out.

A spoil bank is the accumulation of dirt and clay that was dredged up to make the channel and the researchers found there are so many spoil banks in Louisiana that the banks could cross Louisiana east to west 79 times.

The channels have led to land loss and degraded wetland habitats by allowing the flow of invasive saltwater into freshwater marshes and wetlands.

However, the researchers say that using the dirt and clay of the spoil banks to fill in the canal would be an inexpensive and effective method for restoring wetlands.

It’s been proven that filling in dredged canals helps wetland erosion, but Louisiana has not implemented this restorations technique on a grand scale.

In Barataria Preserve in New Orleans, backfilling the canals led to a slow and gradual restoration of the wetlands in the area, according to Scientific American.

By filling up the channel, saltwater can’t flow as easily into the marsh, and the natural flow of freshwater helps revive the ecosystem and spurs plant growth.

It would also be much cheaper than Louisiana’s current coastal restoration plan, and the researchers say that backfilling the canals will cost .67 percent of the state’s Coastal Master Plan.