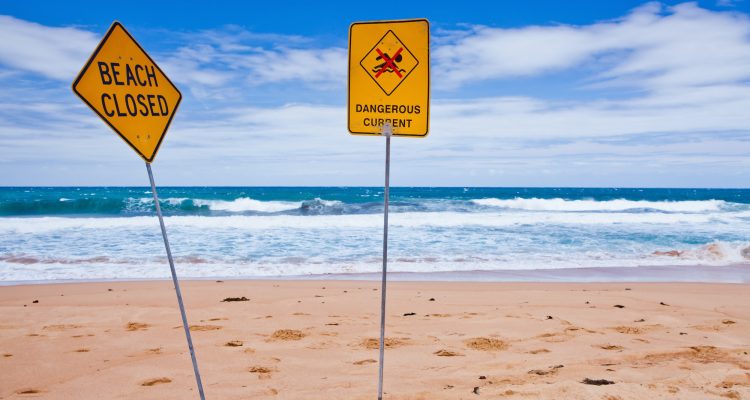 Rip currents data can help save lives on world's shorelines

Rip currents pose a serious danger for surfers and swimmers alike on beaches all over the world.

Thanks to a new study by the Universities of Southampton and Plymouth, we now have new information on the relationship between breaking waves and rip currents that could help save lives.

It turns out that breaking waves actually serve as somewhat of a safety net. The study, published in the Marine Geology journal, found that when a wave breaks across a rip channel, it serves to close the channel and prevent rip currents from jutting out to sea. But without breaking waves, rip currents can form and extend larger distances out into the open water.

The study was lead by Sebastian Pitman, a PhD student in Ocean and Earth Science at the University of Southampton. “For the first time,” Pitman said, “we combined images captured by cameras at the beach to detect wave breaking and GPS drifters to track the rip currents to better understand what drives rip dynamics. We used the images to identify whether the waves were breaking across the end of the rip channel, or not, and worked out what behaviour the GPS drifters in the rip current were exhibiting at those times.”

Dr. Ivan Haigh, associate professor and co-author of the study, added, “The combination of video imagery and GPS allowed us to identify that when wave breaking occurred across the rip channel – the rip current was often prevented from flowing far offshore. This would mean that anyone trapped in the current would be kept relatively close to the beach. However, when the waves ceased to break across the channel, we noticed that the rip currents would instead flow far offshore, presenting a much greater hazard to swimmers.”

These findings may become especially useful in assessing and predicting exactly how safe water conditions are for swimming and surfing. Currently, The Royal National Lifeboat Institution estimates that rip currents are the cause of 68% of water rescue events in the UK.