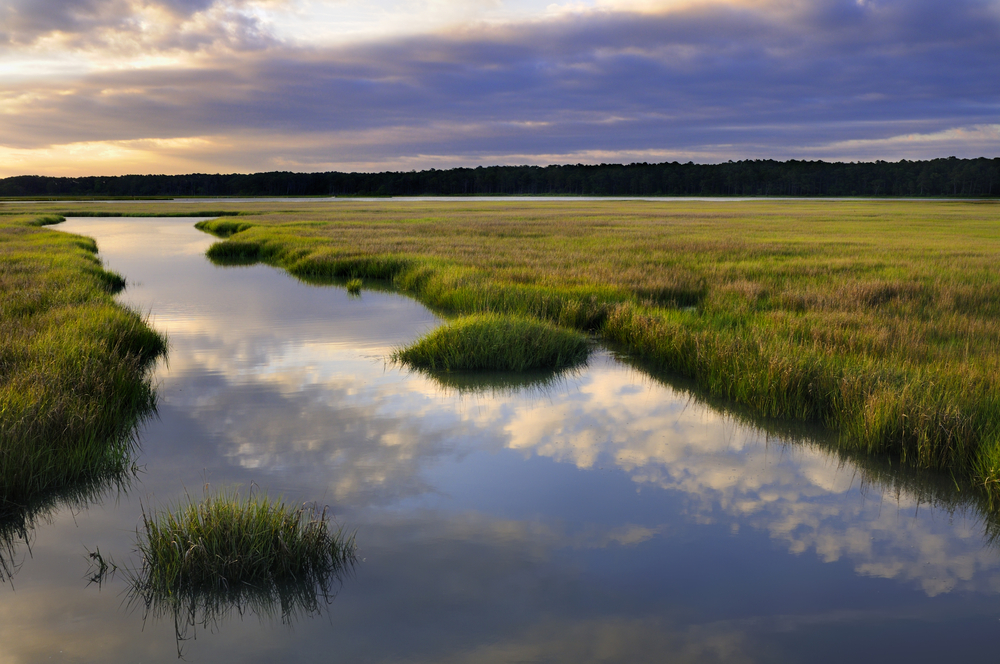 Climatologists and conservationists have sounded the alarm about the potential impact of rising sea levels. Now, they’re adding another item to the list of things we stand to lose if the sea moves in and overtakes areas along the coast: our salt marshes.

Salt marshes are areas along the coast that are frequently flooded as the tide ebbs and flows, leaving saltwater that’s home to a diversity of marine life. Shellfish, crustaceans, and many different species of seabirds depend on salt marshes for safety and survival.

As sea levels rise, those salt marshes could be completely submerged. This is according to scientists working with the federal government. They say that of the eight of the coastal salt marshes in the U.S., four will disappear in 350 years if the current rate of sea level rise continues.

When the marshes disappear, so will the species that depend on them for their food and habitat. Among these species is the Ridgeway’s rail, a rare bird that lives in the salt marshes south of the Los Angeles area.

Neil Ganju, the lead author of the salt marsh study, said that the loss of this bird species is a concrete indication of what we stand to lose if conditions don’t change.

“That’s something that’s happening right in front of our eyes — an endangered bird that doesn’t have anywhere to nest anymore,” he said.

The research group, whose findings were published in the journal Nature Communications, used remote sensing techniques and aerial photography to record the nation’s marshes to get an idea of current conditions. They looked at how much of each marsh was covered in plants versus how much was submerged by water.

In addition to loss of marine species, coastal communities will be affected when they lose the erosion protection afforded by the salt marshes. Researchers hope that the study can be used by land managers and conservationists to create a strategy to save the salt marshes from rising sea levels.