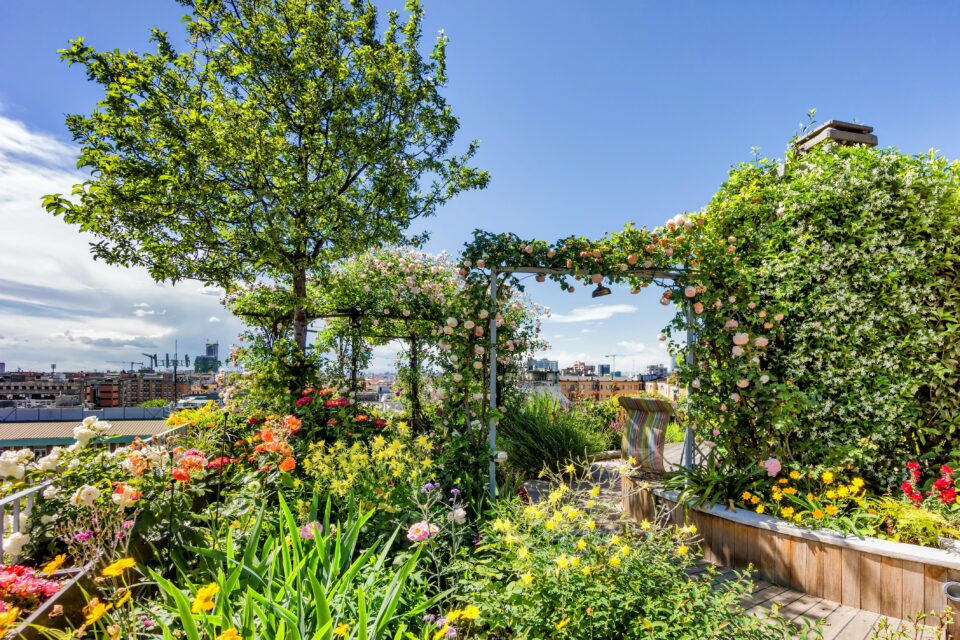 Heat is often intensified in cities, since asphalt, concrete, and similar materials absorb and retain significantly more heat than vegetation – a phenomenon known as the urban heat island effect. According to a new study led by climate scientists from NASA’s Goddard Institute for Space Studies (GISS), rooftop gardens and greenery could help ease some of the severe heat in cities by harnessing the cooling power of plants to lower the temperature.

“As cities grow and develop, they need to make good decisions about their infrastructure, because these decisions often last for 30 or 50 years or longer,” said study co-author Christian Braneon, a climate scientist and civil engineer at Columbia University and GISS. “In the context of more frequent heat waves and more extreme heat, it’s important to understand how these urban design interventions can be effective.”

By using freely available satellite data, Dr. Braneon and his colleagues studied three sites in Chicago to assess how rooftop gardens affected surface temperatures around the buildings. While two of the roofs reduced temperatures, the other one did not, thus indicating that effectiveness may depend on a variety of factors, ranging from geographical location and plant diversity to rooftop structure and the cooling efficiency of the building itself.

“In a lot of places, you might be developing an area that didn’t have something there before; it just had overgrown vegetation. You might think that putting a green roof on your new building would make a significant impact. But what we see is that a lot of impervious material may also be added there – such as a parking lot around the building. As a result, you might reduce the impact of the parking lot, but you certainly haven’t created the cooling effect that the overgrown vegetation had,” explained Dr. Braneon.

Further research is needed to assess the effectiveness of the use of greenery and rooftop gardens in other locations in various cities. This could help experts fully understand the diversity of factors that influence processes of urban heating and cooling. Most importantly though, the dynamics of the climate should always be taken into account.

“Traditionally, civil engineers and urban planners assumed a stationary climate,” said Dr. Braneon. “The whole practice is built on the premise that we can look at the past to assess risk in the future. Everything is being flipped on its head due to climate change, so I’m hoping to do more work that changes how civil engineers and urban planners practice.”

The study is published in the journal Sustainable Cities and Society.