Salty pond in Antarctica could hold clues about water on Mars • Earth.com 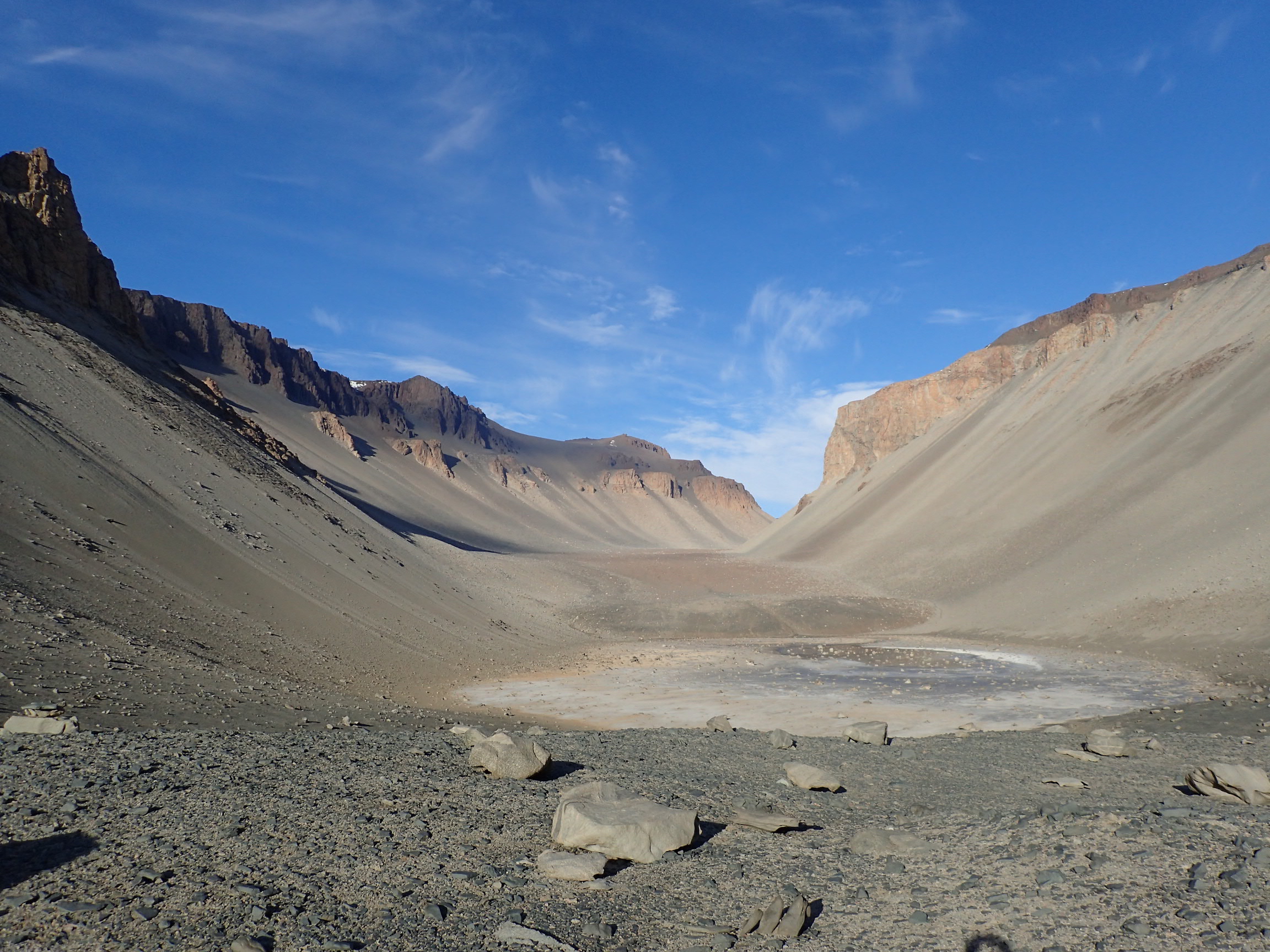 Salty pond in Antarctica could hold clues about water on Mars

Don Juan Pond in Antarctica is one of the saltiest bodies of water on Earth, but its water source has long been a mystery to scientists.

It is called a pond, but it actually measures about 300 by 900 feet and ranges only about four inches deep.

Don Juan Pond consists of a salty brine that is rich in calcium chloride. This salty mixture keeps the pond from freezing, even with temperatures at -50 degrees Fahrenheit.

Scientists have been unsure about where the source of this salty liquid originates, but new research has revealed the pond is actually fed from underneath.

What’s even more exciting is that water in the pond could be similar to water on Mars.

A new study from the University of Washington has found that Don Juan Pond’s water source likely comes from a deep groundwater system. The finding contradicts an earlier hypothesis that theorized the water came from moisture from local valley slopes.

“Don Juan Pond is probably one of the most interesting ponds on Earth,” said Jonathan Toner, the lead author of the study. “After 60 years of extensive study, we still don’t really know exactly where it’s coming from, what drives the fact that it’s visible on the surface, and how it’s changing.”

For the study, Toner developed a model to compute how salty water, like that in Don Juan Pond, changes during evaporation and freezing. Toner put different salt and water ratios into the model to create different inputs and equations.

Toner then created two different situations for his model. In one, the water was fed from beneath, and in another, the pond was fed from runoff or near-surface seeps.

Toner discovered that deep groundwater was the only source that produced a similar chemical makeup to the liquid in Don Juan Pond.

“You couldn’t get Don Juan Pond from these shallow groundwaters,” Toner said. “It’s definitely coming from the deep groundwater.”

“If there is water on Mars, it’s probably going to look a lot like this pond,” Toner said. “Understanding how it formed has large implications for where would you expect to find similar environments on Mars.”

Toner is part of a team sponsored by NASA that will explore the pond and the nearby slopes within a larger context of furthering Mars research.