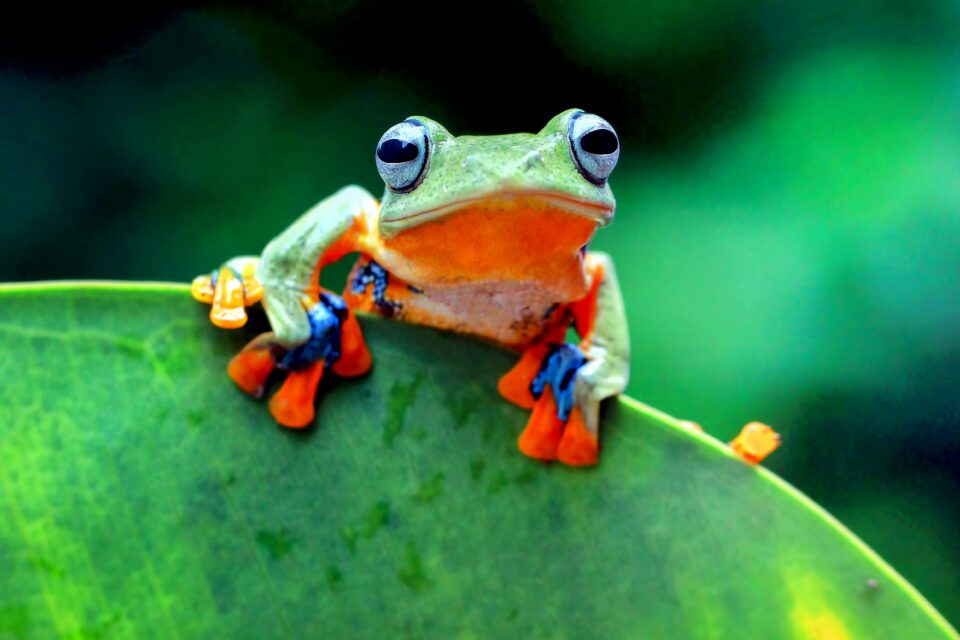 Many animals, such as salamanders, starfish, crabs, or lizards, have the capacity of full regeneration of at least some of their limbs. Other creatures, such as flatworms, can even be cut into pieces, and each piece will soon reconstruct an entire organism. However, in humans and other mammals, the loss of a large and structurally complex limb, like an arm or a leg, cannot be restored by any natural process of regeneration.

A research team led by Tufts University and Harvard University has recently managed to trigger regrowth of a lost leg in adult frogs by using a five-drug cocktail sealed in a silicone wearable bioreactor dome which they applied over the frog’s stump for a period of 24 hours. This is a crucial first step towards helping not only amphibians, but also mammals (including humans) regenerate lost limbs.

Each of the drugs fulfilled a different purpose, such as diminishing inflammation, inhibiting collagen production which would lead to scarring, and encouraging the growth of new nerve fibers, blood vessels, and muscles. This mixture of drugs combined with the use of the sealed, amniotic-like bioreactor created a perfect environment to inhibit the natural tendency to close off the stump, while promoting the regenerative process.

The scientists noticed a rapid, extraordinary growth of tissue in many of the treated frogs, re-creating an almost fully functional leg.

“It’s exciting to see that the drugs we selected were helping to create an almost complete limb,” said study lead author Nirosha Murugan, a research affiliate at Tufts University.

“The fact that it required only a brief exposure to the drugs to set in motion a months-long regeneration process suggests that frogs and perhaps other animals may have dormant regenerative capabilities that can be triggered into action.”

Within the first few days after treatment, Professor Murugan and her colleagues detected the activation of molecular pathways that are normally used in a developing embryo to help the body form. Instead of requiring prolonged therapeutic interventions, the activation of these pathways could allow the burden of growth and organization to be handled by the limb itself.

“Covering the open wound with a liquid environment under the BioDome, with the right drug cocktail, could provide the necessary first signals to set the regenerative process in motion,” said study corresponding author Michael Levine, a professor of Biology at Tufts.