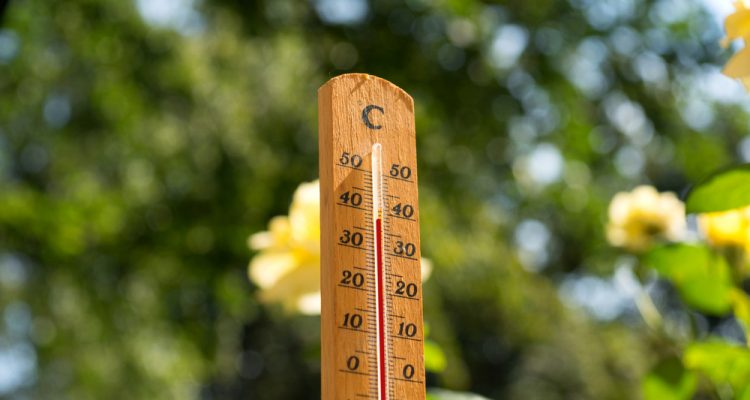 Some urban metropolitan areas are measurably hotter than surrounding rural land, and scientists have dubbed them “heat islands.” According to the U.S. Environmental Protection Agency, cities with more than 1 million people can be anywhere from 1.8 to 5.4 degrees Fahrenheit hotter than the surrounding region.

Though there are many potential causes of heat islands, scientists suspect the main culprits are replacing green space with asphalt and concrete, which absorb the sun’s heat.

Façade greening, the practice of planting greenery that takes up little space on the ground but can shade much of a building’s surface, is one step identified by scientists as a method to cool temperatures, according to the new study’s authors. Additional vegetation in cities can reduce temperatures by providing shade and cool the air through evapotranspiration, according to the EPA.

The Berlin research team decided to look into how their city could implement façade greening, as well as any barriers stopping the practice’s adoption.

They found that, under current conditions, the likelihood of Berlin implementing façade greening is only 2 percent, even though there is the potential for greening over about 1,400 acres of the city.

Financial incentives to adopt façade greening and other programs could raise the adoption rate to 14 percent, the team said. However, better success would require the willingness of building owners, city officials and other involved parties, as well as a combination of supportive programs and education.

The researchers used Bayesian networks to determine the likelihood of Berlin adopting façade greening programs on a larger scale. A Bayesian network is an analytical graphical model of a real world system that takes into account the “actors,” current conditions, planned changes, parameters that won’t change, the desired outcome, and more.

In the case of Berlin, data for the model was collected by interviewing two façade greening experts and two climate protection commissioners from different administrative areas of the city.

The study was published in One Ecosystem.