Scientists stumped as thousands of dead fish wash up on Nova Scotia • Earth.com 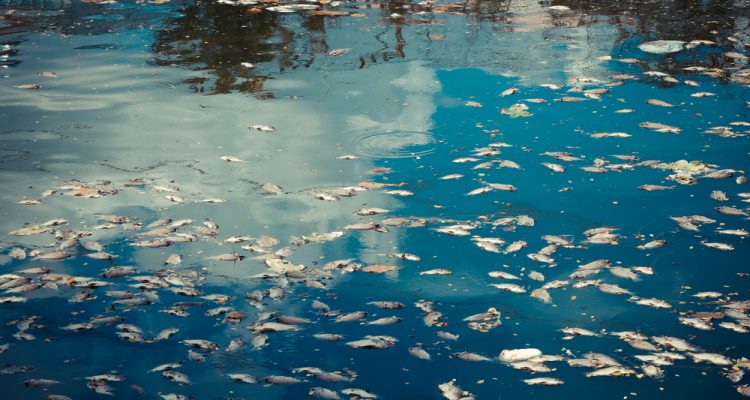 A tide of dead fish has washed ashore on Nova Scotia over the past six weeks, but there’s no need for concern yet, according to one Canadian scientist.

Since late November, thousands of dead herring have turned up on more than 60 miles of the peninsula’s southwestern coastline. That would be weird enough on its own, but scores of lobsters, clams, starfish, and other marine creatures have joined them in the weeks since.

A week ago, a decaying humpback whale carcass washed up on the shore.

Even so, tests of the area’s waters have shown no cause for alarm, Dr. Kent Smedbol, the Department of Fisheries and Oceans manager of population ecology.

Scientists tested conditions in the Bay of Fundy and found nothing out of the ordinary, Smedbol said. Temperature, salinity, and dissolved oxygen tests all came back normal. A camera took a look at the seafloor and found plenty of live lobsters.

Examination of the dead fish showed no signs of disease, parasites, or toxins, Smedbol said. Even so, the Canadian Food Inspection Agency and the DFO have warned residents not to pick up or eat any of the fish washed ashore, in case of contamination.

An environmental cause likely would have caused a larger die-off, and animals on the ocean floor would likely have died in larger numbers, he said.

One working theory is that some of the deaths may have been caused by a holiday storm system. One storm over the holidays caused a sudden temperature drop and rough surf in shallow waters near Digby, which may have killed some of the fish, Smedbol said.

Still, it will take more investigating to solve this mystery, he said.

Scientists will continue to examine the dead creatures to try and determine a cause, officials said. They will also examine the humpback whale to see if it is connected to the die-off. It appears to be very decomposed, Smedbol noted.

DFO scientists have also contacted the U.S. National Oceanic and Atmospheric Administration and environmental officials in the United Kingdom. Recent fish kills off the coast of Long Island in New York and on the coast of Cornwall in the UK are probably not connected to the Nova Scotia event, officials said, but working together might help all three groups figure out the puzzle.

The most common cause of fish kills is a lack of oxygen in the water, which can be caused by massive algae blooms, major temperature changes, drought, and overpopulation. Toxins and disease can also lead to fish die-offs.