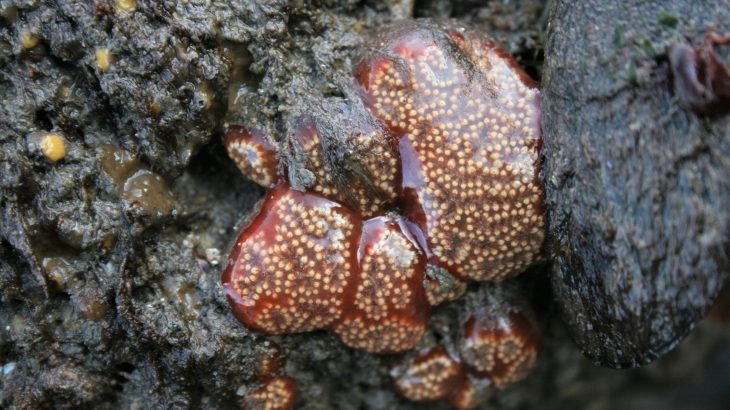 A lowly marine creature known for living in colonies that resemble flat sheets of fuzzy flowers or stars has a blood-forming system remarkably similar to our own, according to a new study.

Researchers from Stanford University conducted the research which was published in the journal Nature.

The researchers discovered that the marine invertebrate Botryllus schlosseri have blood stem cells that are similar to the cells in mammalian blood which sheds light on the evolution of human blood.

“The mammalian and Botryllus blood-forming systems also share hundreds of homologous genes, even though the two species are separated by over 500 million years of evolution,” said Benyamin Rosental, an author of the study.

Irving Weissman, a senior author of the study, even suggested that the blood stem cells of  Botryllus schlosseri may be a “missing link” between vertebrate and invertebrates.

Botryllus does not spend its whole life a part of a colony but instead attaches itself to a rock and joins colony after spending time as a tadpole.

Once part of a colony, the invertebrate shares a bloodstream with the other Botryllus’ organisms in the colony and stem cells are shared and transported throughout the colony within the public blood supply.

Upon further examination, the researchers found that Botryllus has an incubator for special cells like blood stem cells called a niche, and within the colony, the stem cells naturally gravitate toward the niche.

The researchers isolated the Botryllus blood stem cells and found 327 similar genes between mammals and Botryllus that are responsible for blood formation.

“Blood stem cells in mammals are hard to find and, when found, it’s very hard to follow what is going on in the blood stem cell niche,” said Ayelet Voskoboynik, a senior author of the paper. “Botryllus is a translucent organism, so we can easily spot the niche and visually follow the migration of each type of cell from one part of their body to the other.”

Botryllus colonies offer an excellent opportunity for further research and could help provide insight into the immune system and what causes an organism to accept or reject foreign cells, as a Botryllus’ success relies on whether or not a colony accepts it.

“With its primitive but effective immune system, Botryllus may also give us insights into how we can boost our own immune responses to pathogens and cancer,” said Voskoboynik. “But in addition to any practical benefits this research may produce, we are delighted to explore this important guidepost on the path to understanding the evolution of vertebrates, and of their blood-forming and immune systems. Isn’t that what curiosity-driven science is supposed to do