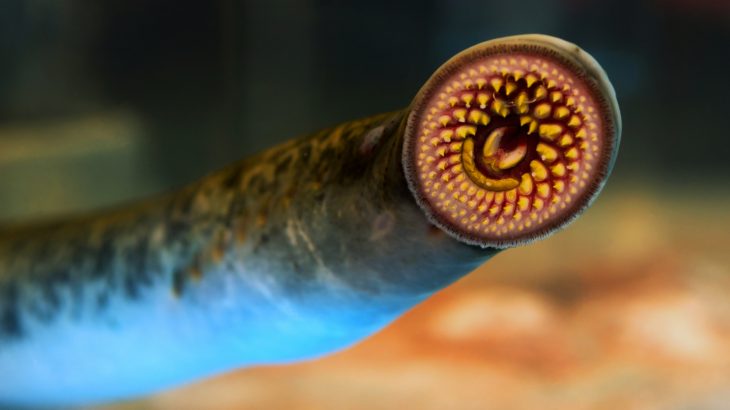 Sea lampreys are a parasitic fish that could help scientists develop new treatments targeting brain tumors, brain trauma, and even dementia, according to a new study.

Researchers from the University of Wisconsin-Madison and the University of Texas at Austin found a way to turn sea lamprey molecules into drug delivery mechanisms that directly reach brain tumors, succeeding where many other cancer treatments fail.

It was these VLRS molecules that the researchers used to deliver drug treatments to the brain. The team first vaccinated lampreys to find the VLRS that service the extracellular matrix of the brain.

Having a way to target the brain specifically is key. Most medicines and drugs target individual cells, but the lamprey molecules target the outside of the cell after bypassing the blood-brain barrier.

In healthy brains, the blood-brain barrier ensures that the brain and central nervous system are protected from toxins and pathogens. This defense mechanism is so effective that drugs and even the sea lamprey molecules cannot pass through the barrier to treat tumors in the brain.

However, when the brain is damaged through stroke or cancer, the blood-brain barrier degrades and starts leaking near the tumor or disease site.

By taking advantage of the now permeable barrier, the researchers found a way to use the lamprey molecules to deliver a chemotherapy drug called doxorubicin to diseased cells in the brain.

“This set of targeting molecules appears somewhat agnostic to the disease,” said Eric Shusta, a member of the research team. “We believe it could be applied as a platform technology across multiple conditions. Molecules like this normally couldn’t ferry cargo into the brain, but anywhere there’s a blood-brain barrier disruption, they can deliver drugs right to the site of pathology.”

The researchers tested the molecule drug delivery system on mice that had glioblastoma, a fatal brain cancer, and the treatment led to longer lifespans.

Sea lamprey molecules also ensure that only the diseased area is treated and healthy cells are unaffected.

“I’m excited about trying this strategy in different disease model systems,” said John Kuo, a collaborator on the study. “There are several disease processes that disrupt the blood-brain barrier, and we could conceive of delivering a variety of different therapies with these molecules.”

The study detailing the sea lamprey molecules was published in the journal Science Advances.