Sea mining regulations to be set by 2020 despite criticism • Earth.com 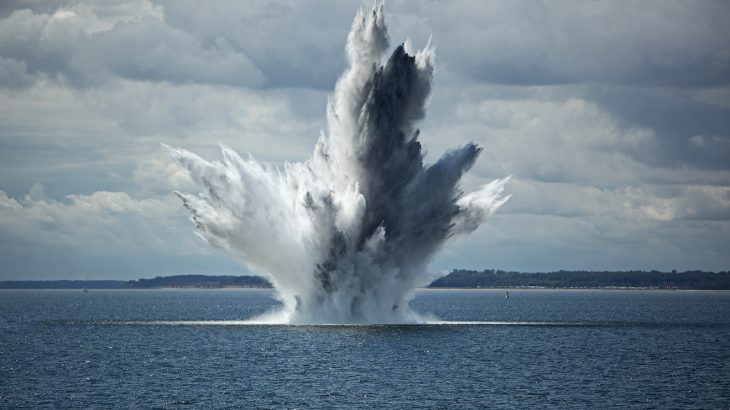 Sea mining regulations to be set by 2020 despite criticism

Deep sea mining in international waters is taking a possible step forward despite criticism from GreenPeace over decision making by the International Seabed Authority.

For a long time, regulation over mining the sea bed was purely theoretical as most doubted it could be done economically, but that may now be changing. New technology and the diminishing returns from many terrestrial mines is pushing the industry closer to diving into deep sea mining. This potential new frontier is a cause for concern from many environmentalists and scientists as well as a cause for guarded hope in the mining industry itself. The potential of opening deep sea mining partially comes from greater demands for metals used in batteries, such as those found in electric cars.

YaleEnvironment360 reports that more than 24 permits have already been issued to prospect for potential deep sea mining. Much of the mining is likely to be focused around deep sea hydrothermal vents, where minerals well out of the deeper earth interior.

These hydrothermal vents also nurture unique life in an otherwise largely lifeless deep ocean world. Life huddled around these vents is like nothing else on earth, completely independent of the sun, not even something most cave life can claim. Organisms in the deep ocean harvest minerals for food instead of photosynthetic plant life or animals. The ‘chimney like’ vent formations are reminiscent of cave stalagmites that spew warm to super heated (41 to 400 degrees Fahrenheit) mineral soups into the ocean.

Microbes convert chemicals that are spewed from these spindly vents into energy, forming the basis of the deep sea ecosystems. Some of the waste products from this process – called chemosynthesis – are also nutritious for other life forms. Some microbes live inside strange hollow organisms called tube worms in a mutualistic relationship, supplied shelter inside the worms in exchange for nutrients produced by the microbes. Other microbes are preyed upon by crabs, mussels and limpets, which seem to reside near the top of this small food web.

The whole strange ecosystem, entirely enclosed in darkness only pierced by the lights of human powered craft, is still much of a mystery and was completely unexpected. These alien islands of life huddled around weird chimneys of rock spewing chemicals have only been known of since the 1970s and research on such habitats is expensive and rare. Unfortunately, human avarice could decimate these unique places and their odd animals in a search for more mineral wealth.

Nature reports that the scaly-foot snail (Chrysomallon squamiferum) is the first animal to be officially declared endangered by the threat of deep sea mining. The snail lives in only three known deep sea thermal vents in the Indian Ocean. Some of the known habitats for the scaly-foot snail are also potential mine sites. Surveys of some mine sites have found more than 1,000 animal species living in those areas. The threat is also much broader than the destruction of a unique ecosystem most will never see. There is also a threat of the release of carbon trapped in sediments, speeding up global climate change. Despite these dangers, efforts to mine the deep sea are going forward.

The International Seabed Authority (ISA)  is expected to finalize regulations on deep sea mining by 2020. Besides criticism from Greenpeace, a group of 28 marine scientists sent an open letter asking for the international authority to consult with independent scientists when issuing specific mining permits. There is already a conflict of interest baked into the ISA, as it has a mandate both to protect international seabeds as well as to exploit them. Scientists and environmentalists are concerned that the ISA is focusing unduly on their mandate to facilitate exploitation over protection.

The truth of the matter when it comes to deep sea mining is that no one really knows how much is at stake or how much mining could threaten it. Scientists are planning to test a prototype that would simulate deep sea mining activity, a large tractor like machine that will stir up sediment. The idea is to see how much sea mining could smother deep sea ecosystems with sediment and how that might be limited.

On the other hand, Greenpeace supports a moratorium on mining until more can be known about the ocean, a reasonable request considering our deep ignorance. The organization as well as some scientists also calls for a stronger international sea treaty, one that could establish internationally protected areas, putting them off the table to mining and other exploitation.

The environmental organization has already stated deep skepticism that the ISA will do anything meaningful to protect the oceans. Greenpeace generally rejects the authority of the 168 member ISA to create the international rules governing deep sea mining. Others are concerned about deep sea mining outside of international waters as well.

YaleEnvironment360 reports that much of the potential future of deep sea mining centers around poorer parts of Asia, where governments don’t necessarily have substantial regulations in place to protect their own waters. Nautilus, a Canadian mining company, has already signed an agreement with the government of Papua New Guinea to mine for copper and gold in their waters. Nautilus plans on cutting into deep sea sediment and suctioning precious minerals out with a remote control operated vehicle. The minerals will then be pumped more than a mile to the surface.

For those who are aware of the lasting contamination from many mining projects on the surface, including long term water pollution, this project seems all but certain to create long term problems. A court in New Zealand rejected a proposed mining plan, citing environmental concerns. Unfortunately, as mining waste all over the world shows, it only takes one mine mistake to create a tragedy. Mining companies will push against the law until they get their way and eventually, even in the best case scenario, something will go wrong. It’s just a matter of how long it will take for us to even notice.