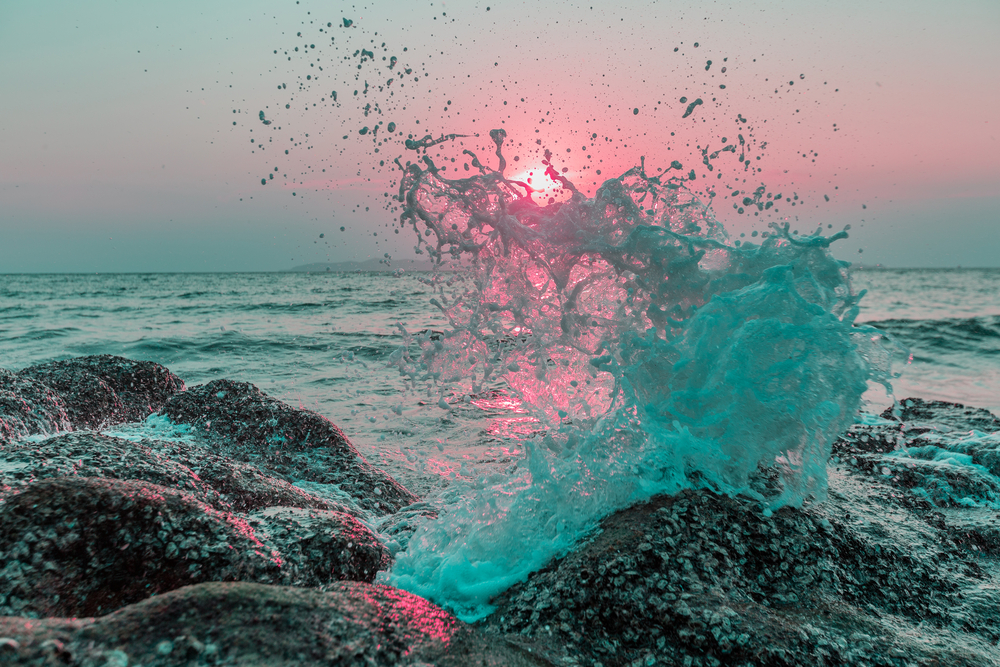 Sea spray offers clues into the health of Earth’s climate

Sea spray is more than just a pretty natural phenomena. Its ability to absorb water can also offer some clues about the health of the Earth’s climate.

The sea spray produced by the world’s oceans is one of the largest natural sources of aerosols on the planet. These aerosolized ocean particles drift up to the atmosphere, where they play a role in scattering and absorbing sunlight, forming clouds, and counteract the effects of warming.

“It is widely understood that aerosols have a net cooling effect on climate, counteracting the warming caused by greenhouse gases,” said Dr. Matt Salter of Stockholm University, a co-author of a new study of sea spray. “However, the magnitude of this cooling is highly uncertain, in part due to knowledge gaps in how natural aerosol particles interact with solar radiation and clouds.”

The study examined sea spray’s hygroscopicity – the measurement of its ability to absorb or release water as a function of humidity. Spray is not just made up of water and salt, but also bacteria, viruses, fungi, and other organic matter from the oceans. All of these additions affect ocean spray’s hygroscopicity.

The international study focused on the inorganic salts found in ocean spray and their ability to absorb water. Experiments in a controlled laboratory showed that sea spray has much lower ability to absorb water than pure sodium chloride, which is often used as a stand-in in climate models. In other words, climate models may be overestimating the effectiveness of sea spray in absorbing water.

“This finding has implications for the role of sea spray aerosols in climate, especially on how they interact with solar radiation, ” said Dr. Paul Zieger, another of the study’s co-authors, in a press release.

However, part of the reason sea salts absorb less water than sodium chloride may be because, by definition, sea spray already contains water.

The study helps to add to research on aerosols – both natural and man-made – and their effects on Earth’s climate, Salter said.

The study will be published in the journal Nature Communications.