Sea urchins use their feet to see • Earth.com 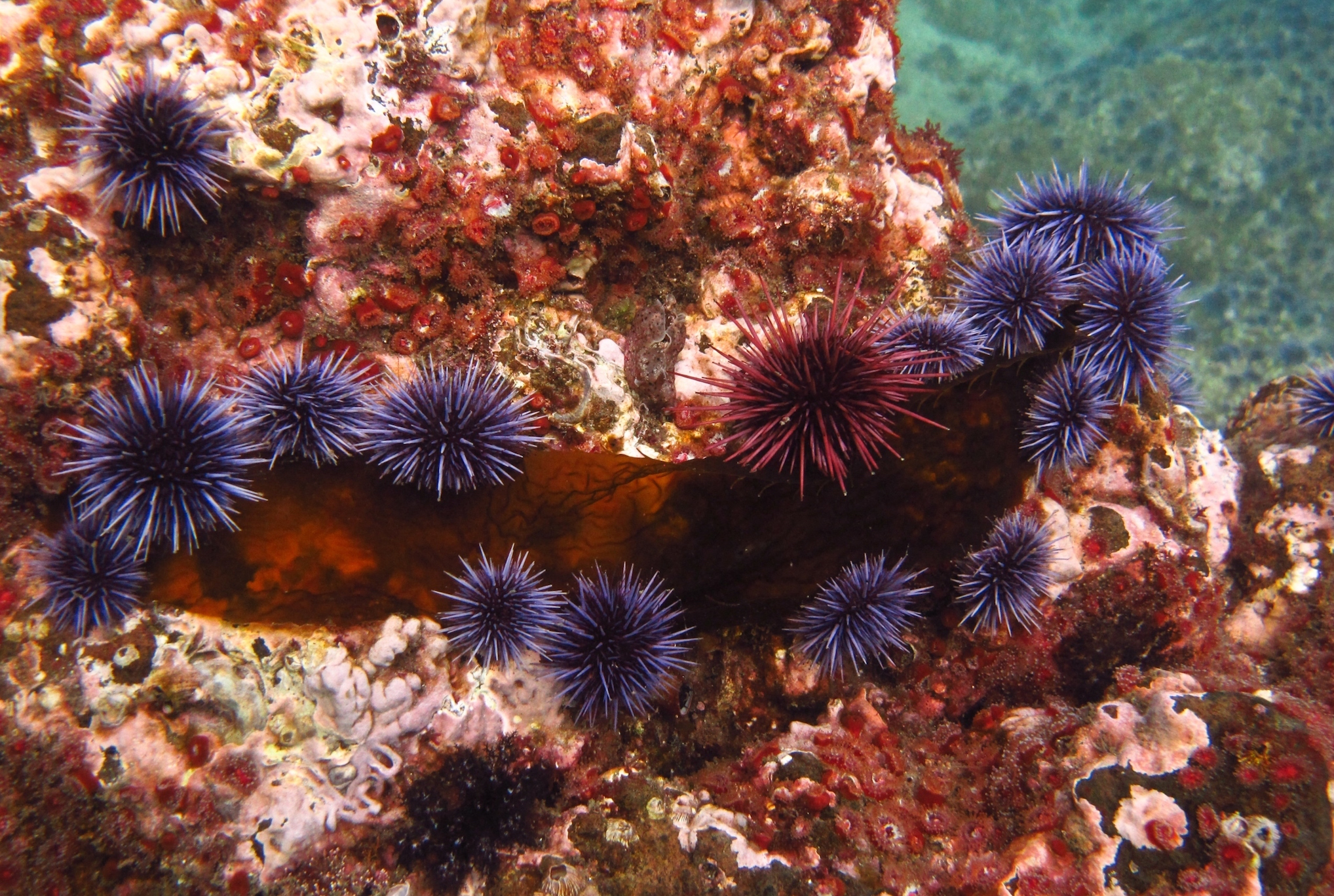 Sea urchins use their feet to see

Sea urchins are those spiny ball-shaped creatures found on the bottom of the ocean, and sometimes found on the bottom of feet if you’re unlucky enough to step on one. Those famous spine help protect them from predators, which is a useful trait if you are like the sea urchin and have no eyes. But despite their lack of eyes, these animals are still able to detect potential dangers – something that has intrigued researchers for years. In 2011, researchers discovered the sea urchins actually “see” with their feet. And now and new study has tested just how good their vision is.

A study from Lund University in Sweden has determined that sea urchins have tentacle ‘tube feet’ that are able to see well enough to fill their basic needs.

“Sea urchins are currently the only animals that have been shown to see without having eyes,” says researcher John Kirwan. “They see using light-sensitive cells in their tube feet, which resemble tentacles and, like the spines, are all over the body. You could say that the entire sea urchin is one single compound eye.”

The researchers studied long-spined urchins, giving them the equivalent of a human eye exam. This consisted of placing the urchins inside a lit-up cylinder that had dark images on the walls. “’Ordinarily, sea urchins move towards dark areas in order to seek cover,” says Kirwan. “When I notice that they react to certain sizes of images but not to others, I get a measurement of their visual activity.”

By showing the animals different figures against the wall, followed by dark shadows above them that resembled a predator, Kirwan was able to test their “sight.” He noted how large the figures had to be before the sea urchins would defend themselves by pointing their spines towards the looming shadow. The results showed that their vision is actually rather poor.

An object above the urchin needs to take up between 30 and 70 degrees of the 360 degrees surrounding the urchin in order for the animal to see it. Us humans only need an object to take up roughly 1/60th of a degree in order to detect it. “However, this is still sufficient for the animal’s needs and behavior,” explains Kirwan. “After all, it’s hardly poor eyesight for an animal with no eyes.”