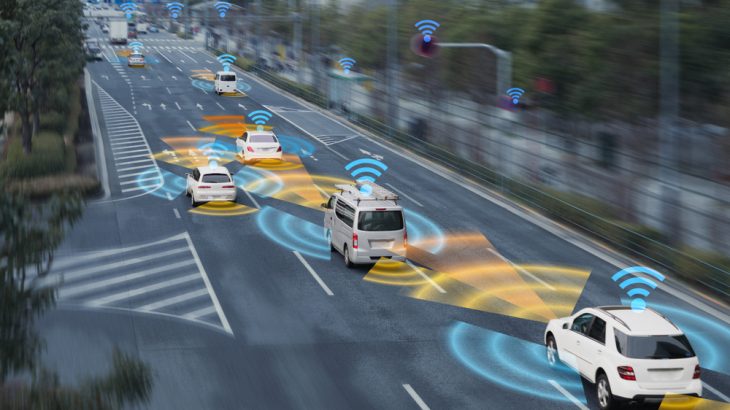 If you think city traffic is bad now, wait until self-driving cars get on the road. A new analysis suggests that while the autonomous vehicles could ease parking congestion, they’re likely to snarl traffic in city centers as they become more common.

The worst traffic could come in areas where paid parking is common, since self-driving cars may be able to cruise at low speeds instead of needing to be parked.

“Parking prices are what get people out of their cars and on to public transit, but autonomous vehicles have no need to park at all. They can get around paying for parking by cruising,” said Dr. Adam Millard-Ball of the University of California, Santa Cruz. “They will have every incentive to create havoc.”

Millard-Ball, a transportation planner and associate professor of environmental studies, worries that self-driving cars may have a similar effect as people circling the “Arrivals” area of an airport parking lot rather than paying parking fees.

That kind of gridlock, beyond just causing traffic snarls for anyone hoping to get from Point A to Point B, could lead to losses in parking and public transportation revenue as well.

As few as 2,000 self-driving cars in downtown San Francisco could slow traffic to less than 2 miles per hour, Millard-Ball said. And the price of gas and maintenance isn’t likely to stop it, he said.

“Even when you factor in electricity, depreciation, wear and tear, and maintenance, cruising costs about 50 cents an hour – that’s cheaper than parking even in a small town,” he said. “Unless it’s free or cheaper than cruising, why would anyone use a remote lot?”

Congestion pricing could be a solution, he said. In London, motorists pay about $15 to enter the city’s center, and Singapore and Stockholm have similar programs. Self-driving cars could be fitted with devices that measure speed, location and other factors, and assign fees accordingly.

But cities need to adopt it now, Millard-Ball said. Once self-driving cars are on the road, it will be hard to convince people to pay that kind of fee.

“As a policy, congestion pricing is difficult to implement. The public never wants to pay for something they’ve historically gotten for free,” he said. “But no one owns an autonomous vehicle now, so there’s no constituency organized to oppose charging for the use of public streets. This is the time to establish the principle and use it to avoid the nightmarish scenario of total gridlock.”

Millard-Ball’s analysis has been published in the journal Transport Policy.