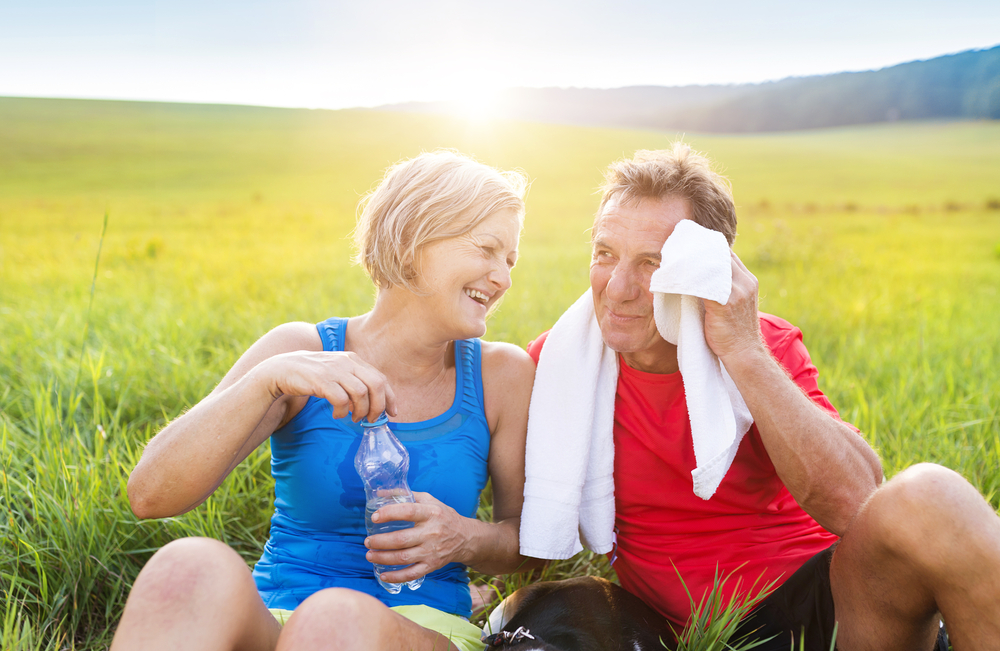 Drinking water during exercise is a no brainer, right? Actually, it could have plenty of benefits for the brain and cognition, according to a new study of active older adults.

A team of New England-based researchers set out to explore the connection between good hydration and exercise-boosted cognition in seniors.

“Middle-age and older adults often display a blunted thirst perception, which places them at risk for dehydration and subsequently may reduce the cognitive health-related benefits of exercise,” the researchers wrote.

To conduct their study, the scientists recruited recreational cyclists with an average age of 55. By testing the participants’ urine, they placed them into two teams. One team showed signs of dehydration, while the other tested normal.

The teams each completed a “trail-making” activity before and after going for a ride on a warm day. The test involved quickly and accurately linking numbered dots.

Both groups completed the activity more quickly and accurately after exercising on the bike ride. However, the dehydrated group showed much less improvement than the properly hydrated group.

Previous studies have found links between dehydration and impaired exercise function and cognition, but those studies have focused on younger adults, not seniors. However, this adds to a collection of studies that link exercise to better brain power – and that show the importance of drinking water before, during and after exercise.

A poster explaining the study will be presented today at the Experimental Biology 2018 conference in San Diego, during the annual meeting of the American Physiological Society.

Experimental Biology is an annual meeting of more than 14,000 scientists and exhibitors. They meet each year to share new advances in clinical research.