Sex roles among animals are driven by gender ratios • Earth.com 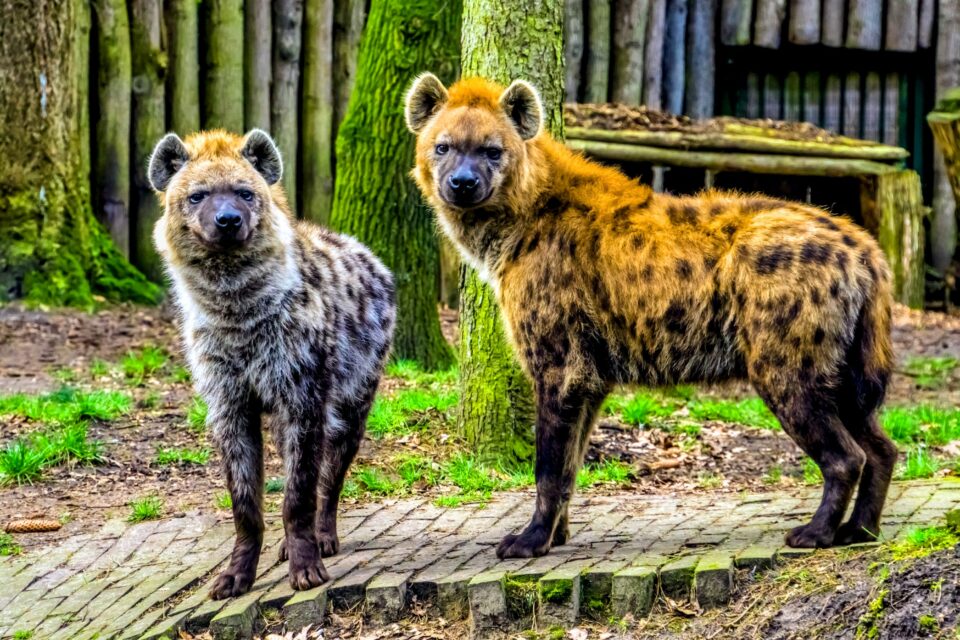 In the animal kingdom, males and females often take on different roles when it comes to reproduction. Most animals take on “conventional” sex roles, where males compete for access to females, females can afford to be choosy about a partner, and then take on the majority of the parental duties in raising offspring. However, there are also many examples of animals with “reversed” sex roles, where females compete for males, often mating with many males and then leaving them with the job of rearing the young.

Scientists have long debated the reasons for these radically different sex roles and several hypotheses exist that attempt to explain this phenomenon. With each hypothesis there is some supporting evidence, but also some criticism. Now, a new review of the published literature has been conducted by scientists from the Leibniz Institute for Primate Research, the Leibniz Institute for Zoo and Wildlife Research (IZW) , the Max Planck Institute for Ornithology, and other institutes, to assess the relevance of adult sex ratios in the various sex roles observed in animal species. The paper is published in the journal Biological Reviews.

One assumes that the ratio of adult males to females in a species or population is in the vicinity of 1:1, because sexual reproduction is predicted to give rise to equal numbers of male and female offspring. However, adult sex ratios (ASRs) can vary considerably, for examples if one sex migrates away or experiences higher mortality. In previous research, only 35 percent of 183 bird species had equal numbers of adult males and females, while ASR varied from strong female bias in isopods (only 1 percent males) to strong male bias (90 percent males) in some bird species. Mammal species frequently have a female-biased ASR while birds are more often male biased.

Evidence from theoretical and experimental studies has shown that ASR is linked to processes of mate acquisition, breeding systems, patterns of parental care and sexual conflict, but the role of ASR in generating variation in sex roles has not been systematically reviewed before. In the current paper, the authors have collected data to illustrate the potential role of adult sex ratio in driving different sex roles in a variety of animal taxa. They also identify unanswered questions and propose research that can lead to a better understanding of sexual selection and the evolution of sex roles.

For example, shorebird species with excess males in the adult population are more likely to be polyandrous (a female has several male mates in one breeding season) and leave the care of offspring to the males. Where there is a preponderance of adult females in a shorebird species, however, the mating system is more likely to be polygynous (a male has several female mates at the same time), and females make greater contributions to nestling care. This is even seen between closely related species that live in the same habitat and eat the same food.

Black coucals (Centropus grillii) and white-browed coucals (C. superciliosus) are both types of cuckoos (but do not nest parasites) that occur in the same habitat in the same area of southern Tanzania. White-browed coucals have a roughly equal number of adult males and females in the population, and they form monogamous pairs that raise the chicks together. However, black coucals have a preponderance of males in the adult population and they are polyandrous, with females having several mates and taking no part in parental duties.

Interestingly though, in some instances where male white-browed coucals are more numerous than females, the females tend to become polyandrous, mating with several males and leaving these males to raise the chicks. This indicates that mating systems may not always be fixed and that they may be driven by ASR.

The review also finds instances where different ASRs are associated with different sex roles within the same species. For example, long-term studies have reported large differences in the ASR between groups of spotted hyenas (Crocuta crocuta). “We previously showed that the sex bias in social dominance, a trait directly related to sex roles, is driven by the composition of the group in spotted hyenas, but we have yet to establish whether the ASR is the main driver of the competitive regimes of females and males,” said study co-author Oliver Höner.

“It would also be interesting to find out if changes in the ASR of hyena groups affect the performance of these groups and the overall population,” said study co-author Sarah Benhaiem, who leads the Serengeti spotted hyena project at the Leibniz-IZW.

ASR will not necessarily be the same for the species as a whole, as it is within individual populations or groups. For example, elephants, sperm whales (Physeter macrocephalus), and several temperate-zone bat species form complex matrilineal societies, where groups consist of females only, with males being either solitary or forming all-male groups. And ASR within a group can vary significantly over time as well, be it over years or over the course of one breeding season. The significance of these fluctuations will depend on the life history and generation time of a particular species, but the key point is that the local ASR in a given habitat is not necessarily stable.

Although experiments on the effects of manipulating ASR have not been conducted on mammals, the authors find many publications where changing the ASR can affect characteristics related to sexual physiology and behavior. Many of these studies focus on insects because of their short generation time and the ease with which they can be kept in a laboratory. For example, fruit flies (Drosophila spp.) exposed to male bias showed increased testis size and changes in behavioral responses to other males; and sperm size increased in male-biased populations of flour beetles (Tribolium castaneum). The authors state that hormonal levels may be affected by the ASR and this could have effects on sexual behavior.

“In fact, we provide the first systematic review of the consequences of ASR biases on mate choice, sexual conflict, parental care, mating systems, social behavior, hormone physiology and fitness,” said study co-author Wolfgang Goymann. Take hormones, for example. They play a key role in shaping competition with rivals of the same sex, interactions with mating partners, and parental behavior; and hormone levels themselves are affected during such interactions. One of the best pieces of evidence for a link comes from a study on humans: in a Frisbee tournament, the ratio of male to female observers influenced testosterone levels of players of both sexes.

Beyond these relationships between the ASR and sex roles, variation in the number of females and males may also be relevant in a conservation context. In many species, the sex of an individual is not determined genetically, but by abiotic environmental factors such as the ambient temperature. In these species, the effects of climate change can lead to extreme biases in sex ratios and threaten population demography and genetics.

For instance, an excess of males in common lizards (Lacerta vivipara) led to increased sexual aggression against females, whose survival rate and fertility subsequently dropped, leading to even more extreme male bias. Ultimately this caused the overall population size to decline dramatically.

“We provide the first systematic review of the relationships between ASR and sex roles, but also social behavior, physiology and fitness,” wrote the researchers. “We conclude that considering ASR in future studies of sexual selection and sex roles is an important aspect that deserves closer attention in empirical and theoretical research.”