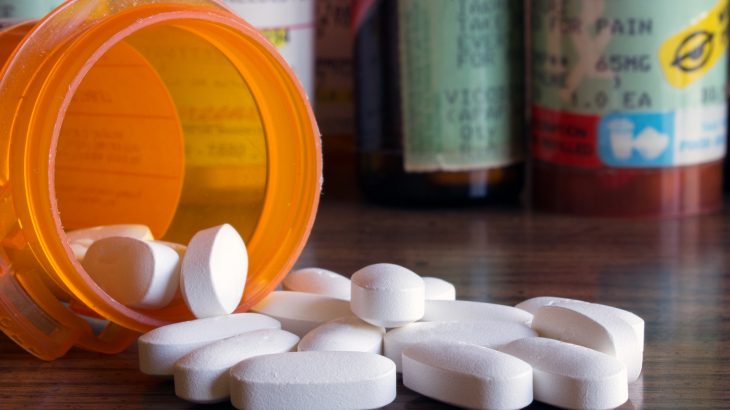 Sexual orientation linked to a higher risk of opioid misuse

Currently in the United States, roughly 115 people die each day of an opioid overdose, and over 50 percent of drug overdose deaths in 2016 involved an opioid, according to the Centers for Disease Control.

There are many risk factors involved with opioid dependence, but a new study found that sexual orientation plays a major role in opioid misuse.

Researchers from the NYU School of Medicine discovered that people who identify as lesbian, gay, or bisexual are more likely to abuse opioids compared to those who identify as heterosexual.

The study was published in the American Journal of Preventive Medicine.

Previous research has found that members of the LGBTQ community are more at risk for addiction and drug use as well as suicide ideation and suicide attempts.

The NYU researchers were able to examine sexual orientation and drug use by reviewing and analyzing data from the 2015 National Survey on Drug Use and Health.

42,802 people were included in the study, and the survey asked questions about opioid misuse and sexual orientation. Survey participants were also asked about drug use in the past year and past month.

The researchers theorize that bisexual women turn to opioids as a coping mechanism due to the stigmas they face within both the heterosexual and lesbian and gay communities.

“Our study highlights that adults of sexual minority status — particularly women identifying as bisexual — are at increased risk for opioid misuse,” said Joseph J. Palamar, the senior author of the study. “With the opioid crisis escalating nationwide, it is important to focus on preventing misuse among groups at highest risk.”

The stigmas that continue to surround sexual and gender minorities leave the most vulnerable members of society isolated and neglected.“Primary care providers, educators, and even parents should consider sexual orientation when assessing those at risk of opioid misuse,” said Dustin T. Duncan, the lead author of the study. “Not only do we need to consider sexual orientation as a risk factor, but we also need to monitor these groups more closely once they’ve been identified.”